TAD speakers are now part of the Exaudio portfolio. And the Evolution 2 model left me with an excellent first listening impression with Bricasti amplification.

In July, João Pina kindly sent me an invitation to the national premiere of the TAD Evolution at Exaudio. Unfortunately, I could not be there.

It was then agreed that I would listen to the E2 as soon as the Bricasti M20 (preamp) and M25 (stereo amp) arrived. And I am glad I kept my promise because the E2 and the Bricasti are a remarkable pair. 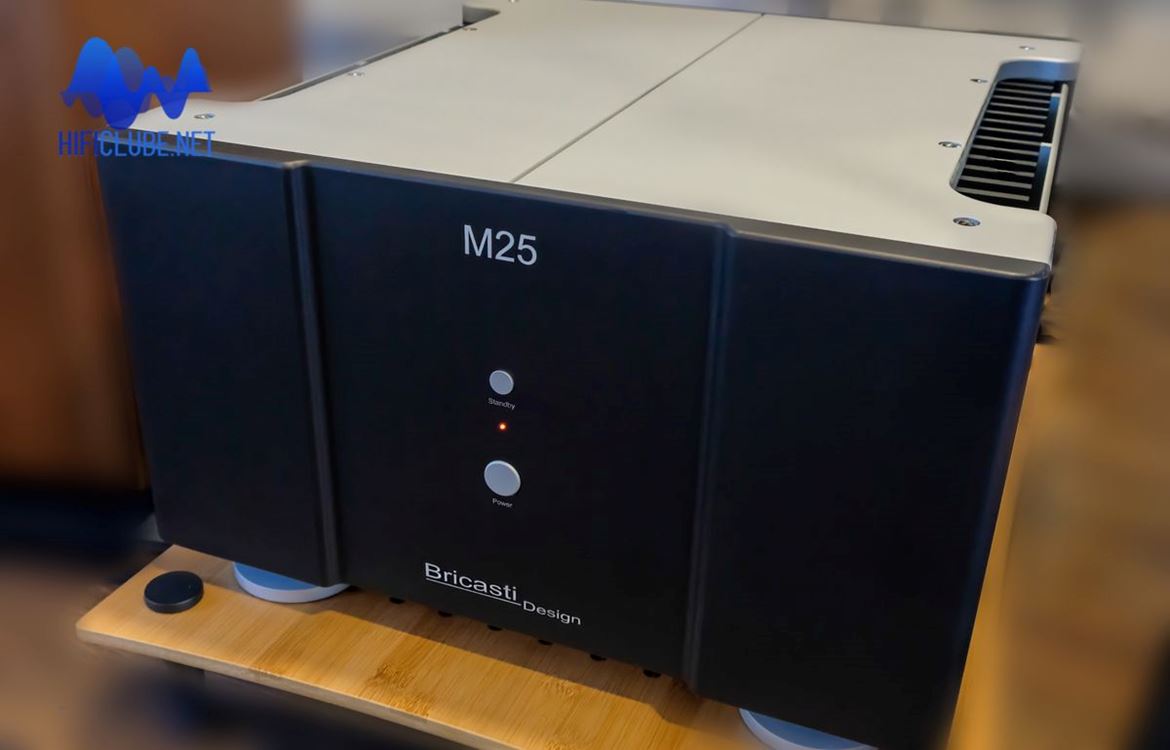 The Bricasti M25 is powerful, fast and very musical. It sounds neither like a solid-state nor a tube amp. It sounds neutral and stays in the background to let the speakers shine. 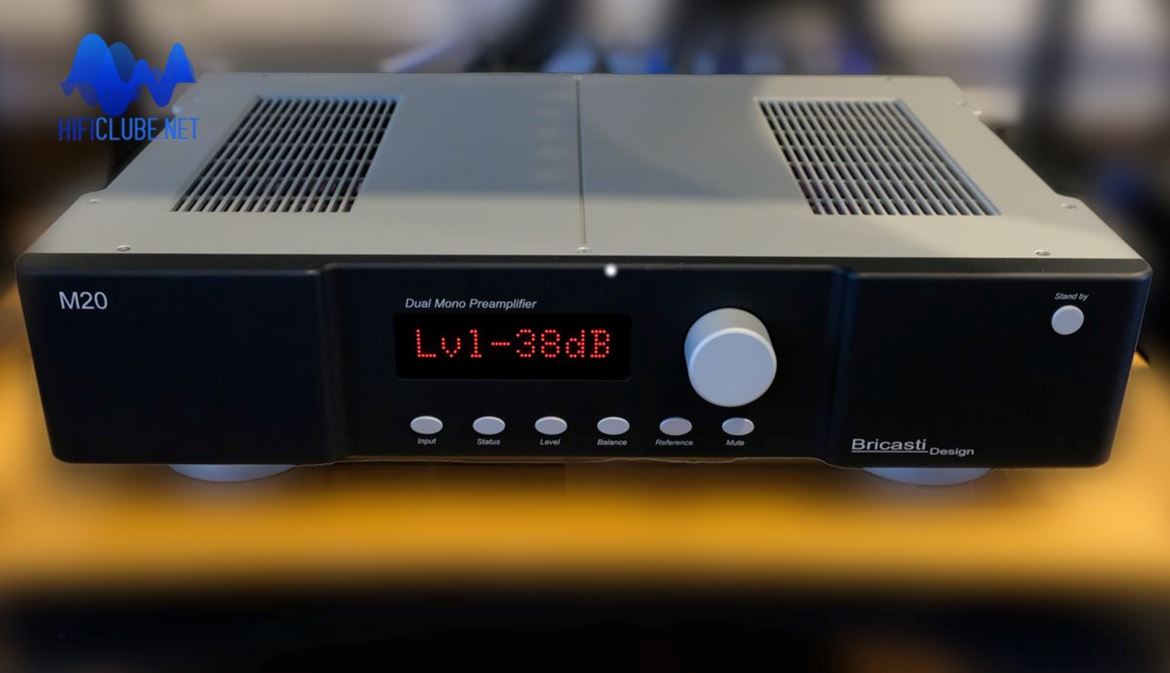 The M20 preamp does the same for the sources, acting as a selector with gain without affecting the amplifier performance. Some preamps impose their personality on the system and homogenise the sound of all sources. This is not the case with the Bricasti M20. 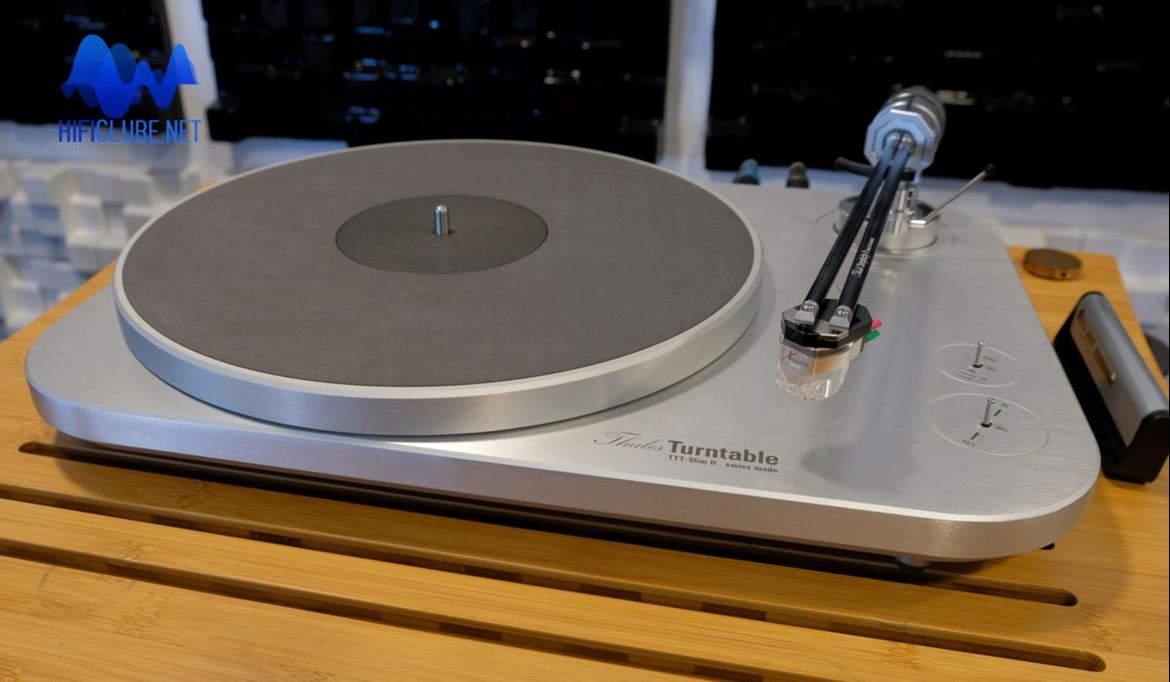 The differences in the sound of the Thales turntable, the TAD CD-SACD player and the Merging DAC/streamer were very clear. They laid the foundation for yet another war about the superiority of one format (LP) over the others: CD and streaming. 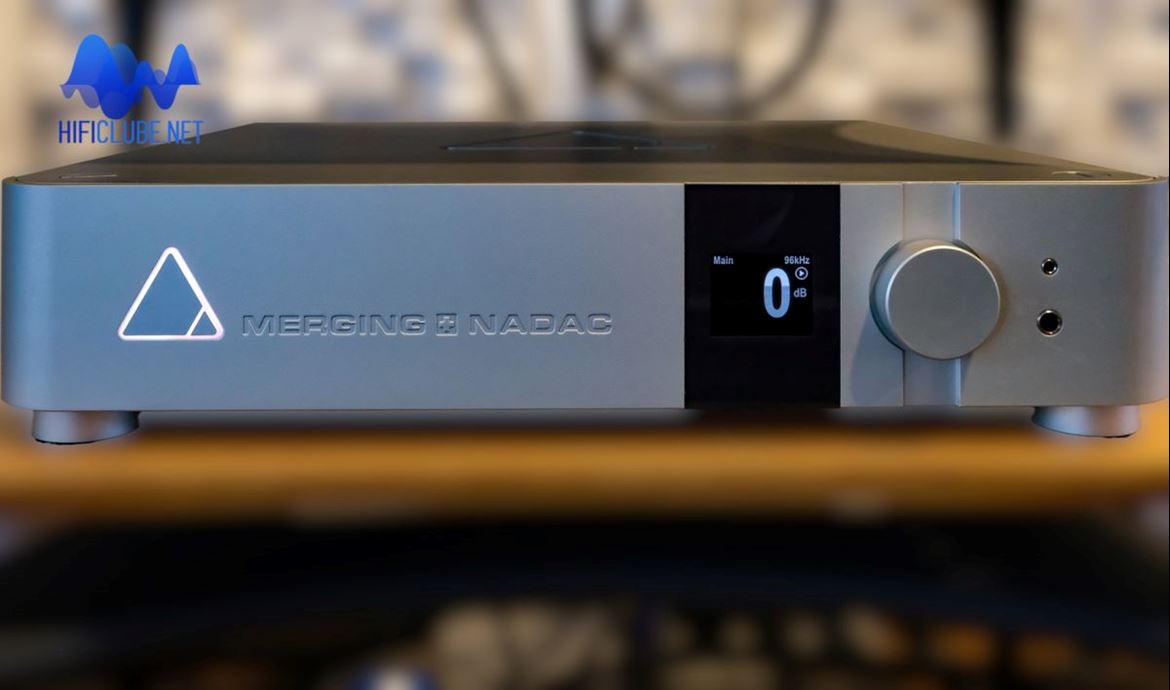 I, for one, am only interested in listening to good music that I like. I listened to Patricia Barber's Bye bye, Blackbird on LP; and Youn-Sun Nah singing Hurt on SACD. And when I listened to some tracks from Hi-Fi News' first test disc (1986), I felt almost 40 years younger. This disc was the trigger for my career as an international audio critic.

I have told this story many times before (hélas, as years go by, we tend to repeat ourselves). 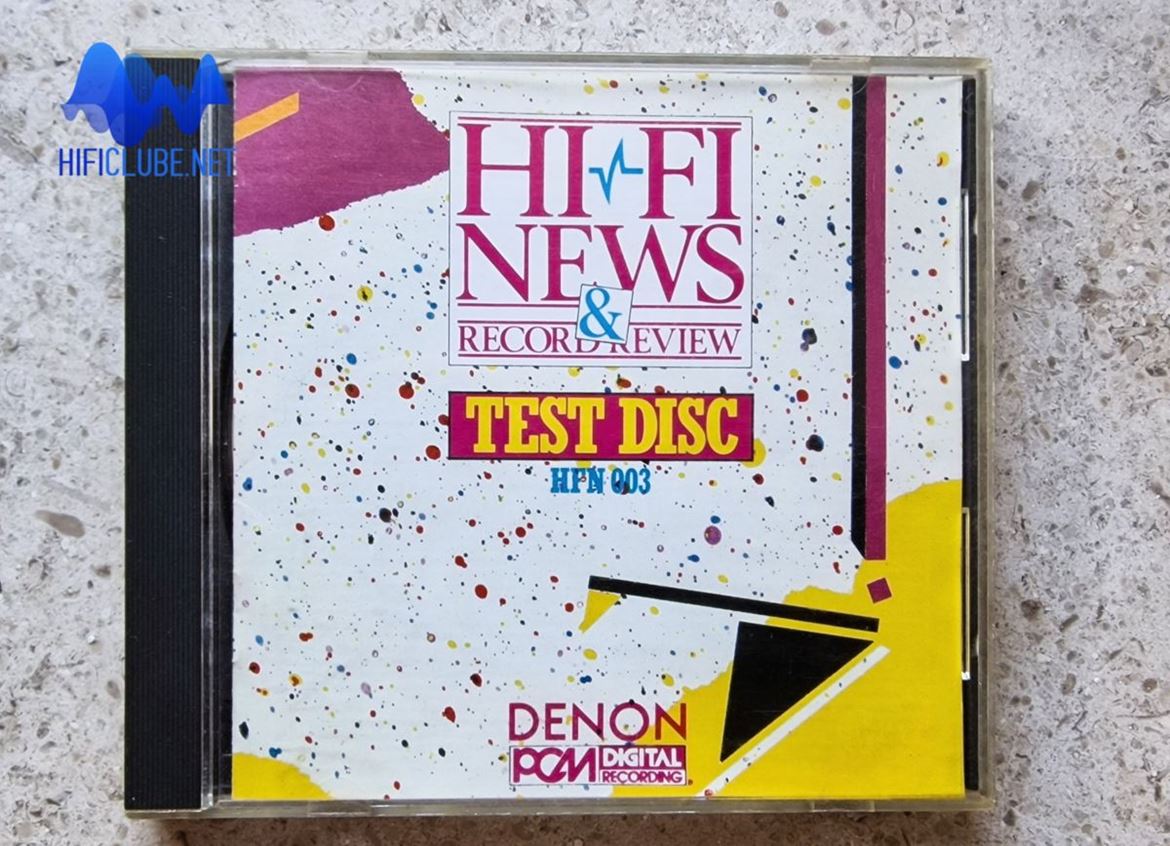 I took advantage of a loophole in the the HiFi News test disc competition rules (it did not specify that only UK residents could enter) and took up the challenge. To my surprise, I won the competition and received a Musical Fidelity A1 amplifier designed by Tim Paravicini. The one that looks (and overheats) like a barbecue grill, remember?...

According to the judges, and I quote, "The verdict was unanimous that the entry by José Victor Henriques of Estoril, Portugal, was the most interesting containing critical comments in an unorthodox style."

Note: You can read my full review by opening the pdf document here or at the bottom of the page.

Could my "unorthodox" style be the gateway to a career as an international audio critic? The rest is history, and 36 years have passed!

In addition to the usual test signals, the CD offers a varied selection of music and ends with a garage door percussion track (!) entitled The Garage Door or The Dynamic Range of Real Life. The dynamics are impressive! Listen below to the last track of my video. Note: Pay attention to the volume!

There are many speakers who commit hara-kiri with this track. Not so the TAD Evolution 2, which showed no weaknesses from the gentle voice of Patricia Barber to the heavy bang on the garage door. And the Bricasti M25 also rose to the challenge and backed it up!

Incidentally, I was already very impressed by the bass extension of the E2 when I played track 9 of the test CD with Bach's music for cathedral organ: chorale prelude "Wacht auf".

Just as they had demonstrated before the excellence of the stereo image and the width of the soundstage with track 5, Handel's "Entry of the Queen of Sheba". 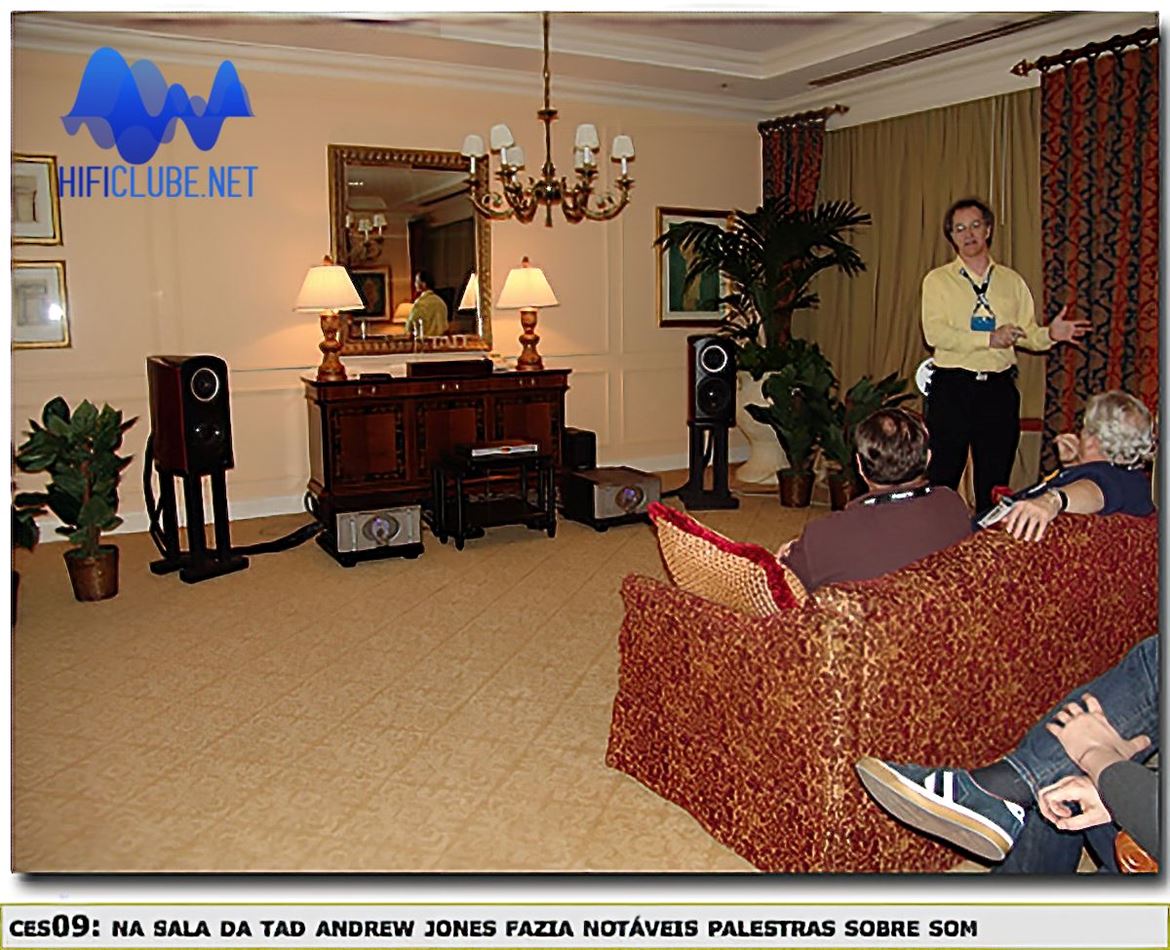 TAD at the CES, Las Vegas

TAD was first introduced to me at CES in Las Vegas by Andrew Jones. TAD Laboratories had rented a suite on the 35th floor of the Venice Hotel, where Andrew greeted the guests and played analogue and digital master tapes, which he presented in impeccable English.

I always saved my visit to TAD for last, knowing that after hours of an exhausting CES coverage, I could listen to quality music comfortably seated on a couch and stay there longer than usual. The sound was always excellent. 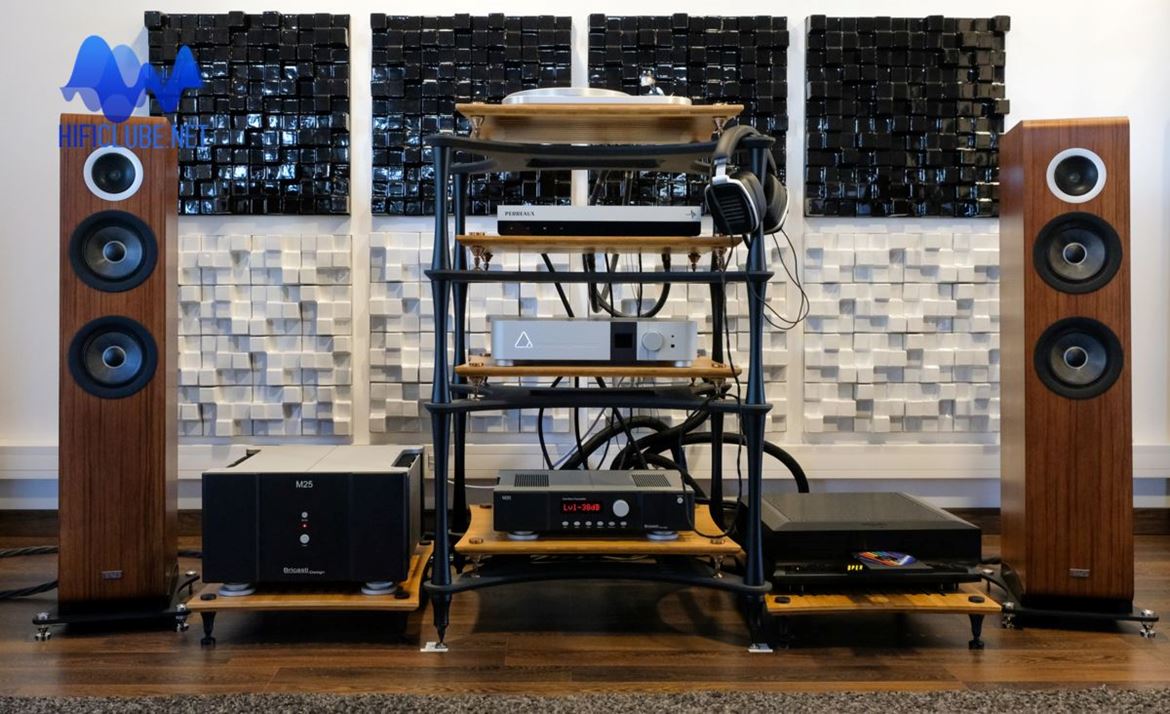 The Evolution 2 model does not use the same coaxial unit found in the Reference models. They use instead the 25 mm beryllium tweeter found in the TX models, with an aluminium waveguide to suppress unwanted resonance and deliver smooth directivity control. The E2 is a sleeker and more affordable speaker (14,250 euros). But no less captivating in its music reproduction and beauty. 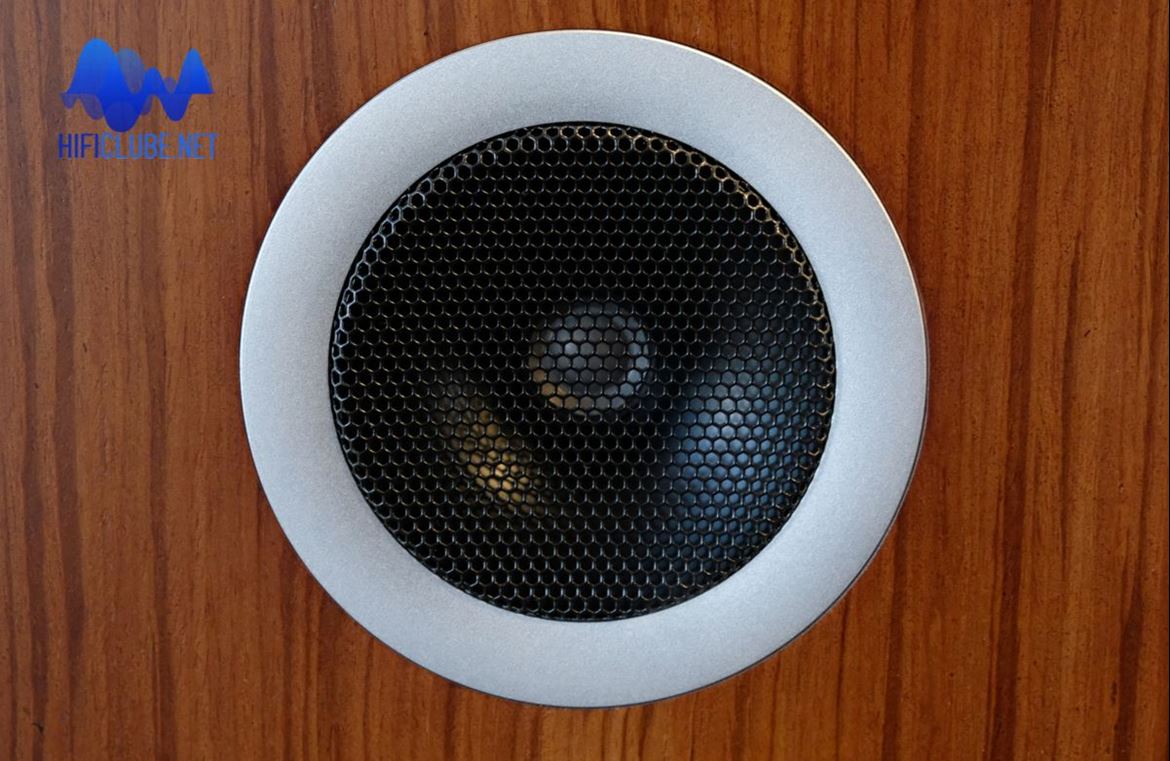 The E2s sound simultaneously informative and sweet, which is a tremendous acoustic achievement at this price level, boasting excellent resolution and dynamics; and rich, warm, saturated colours.

…the E2s sound simultaneously informative and sweet, which is a tremendous acoustic achievement at this price level…

The two bass-midrange drivers feature dual-layer composite cones, braided with aramid fibres for stiffness and with paper pulp for better damping. The lower unit reproduces the bass frequencies up to 90 Hz, while the upper unit cuts off respectively at 90 Hz and 2.8 kHz, where the tweeter takes over.

According to TAD Laboratories, the network filters for the tweeter and the upper woofer have dedicated circuit patterns mounted in such a way as to minimise interference between them. The bottom woofer has its own network assembly, which is mounted separately from others to mitigate the effect of magnetic flux leakage. 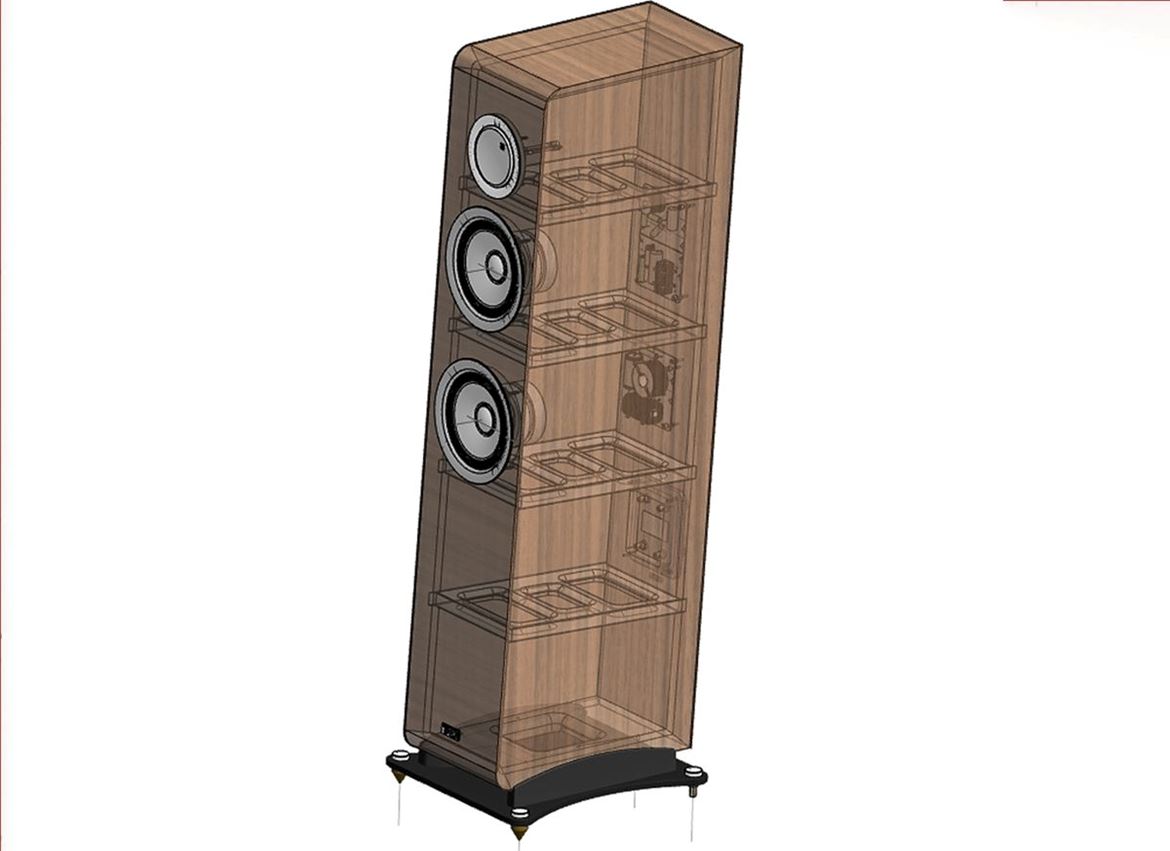 A look inside the E2

The bottom reflex port has openings to the front and rear, allowing for better bass extension and coupling with the room. The speaker has four internal bracing structures to eliminate vibrations and is slightly tilted backwards to ensure correct geometric phase alignment. The whole assembly stands proudly on a laser-cut 10 mm steel plate with spikes. 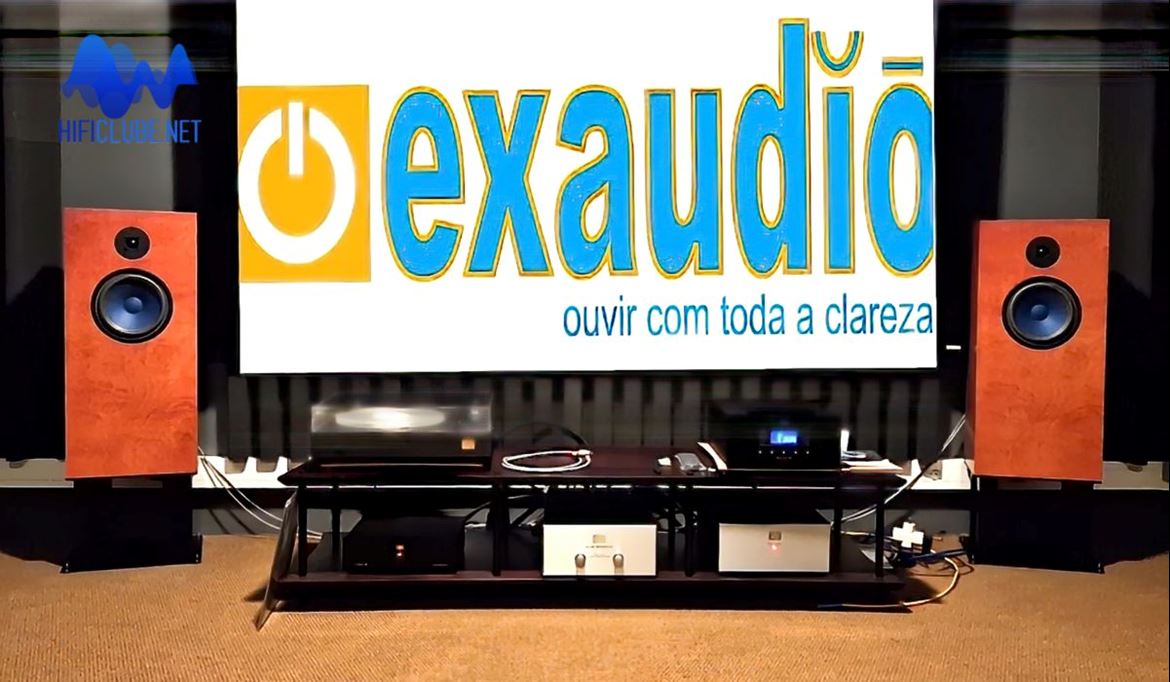 After the E2 listening session, João Pina invited me into the cinema room where he had set up an integrated Audio Note system consisting of:

When I tested the Audio Note P1 SE I found that the amplifier sound quality depended more on my state of mind than on its technical characteristics, so I wrote:

I can assure you that your choice of the Audio Note P1 SE Signature will not depend on technical aspects and certainly not on your audiophile prejudices. Instead, it will depend primarily on your state of mind. You will not be testing the sound of the P1 SE; it's the P1 SE that will put you to the test.

Listen to it at Exaudio or your local dealer and find out not how good valves sound but how good they will make you feel. And is that not why you listen to music?

Listen to Audio Note and know yourself

A look inside the E2

Review by JVH and Jury veridict