Bryston BDA-3 impressed JVH as a 2016 state-of-the-art digital converter that stood the test of time and still holds its ground at the top in 2022.

A DAC is the most obsolescence prone component of your system. Not so with amplifiers, or tubes would never have stood the test of time. Even the latest talk of the town DAC will be old news in a year or so.

Only the fittest survive, according to Darwin.

This is the case of the Bryston BDA-3, a D/A processor that goes back to 2016. By the laws of nature, it should be dead already. And yet, it is still striving because it was born with perfect genes.

This is as good as a DAC can be

Looking at the measurements by my colleague JA for distortion, resolution and jitter, I don't' remember seeing anything better than this in the last five years. There isn't even a hint of mains induced noise. These are textbook measurements with very low noise and harmonic distortion, superb resolution, no jitter, a flat audio band response, and a gentle roll-off up to 100kHz with high-resolution signals via USB. It's as good as a DAC can be.

The BDA-3 was state-of-the-art in 2016, and it still is. For a digital component, this is nothing short of a miracle.

The BDA-3 also works as an upsampler. The internal sample rate converter upsamples incoming 44.1kHz and 88.2kHz digital audio to 176.4kHz. In this mode, the LED lights amber. All 48kHz and 96kHz digital audio upsamples to 192kHz and green LED lights. When disengaged, the LED is not lit. The upsample feature does not affect HDMI or USB, only SPDIF.

Listen (rip) to SACD with HDMI

Plus, the BDA-3 has a unique feature: it can receive both PCM up to 24/192 and DSD 64 two-channel audio over the HDMI input. Meaning that if you own an Oppo BDP Player 93/103, you can also convert (and rip) SACD digital content directly. Something Sony tried hard to prevent, albeit it was also possible for a while with early PS3s until Sony found out it had shot its own foot and disabled it. 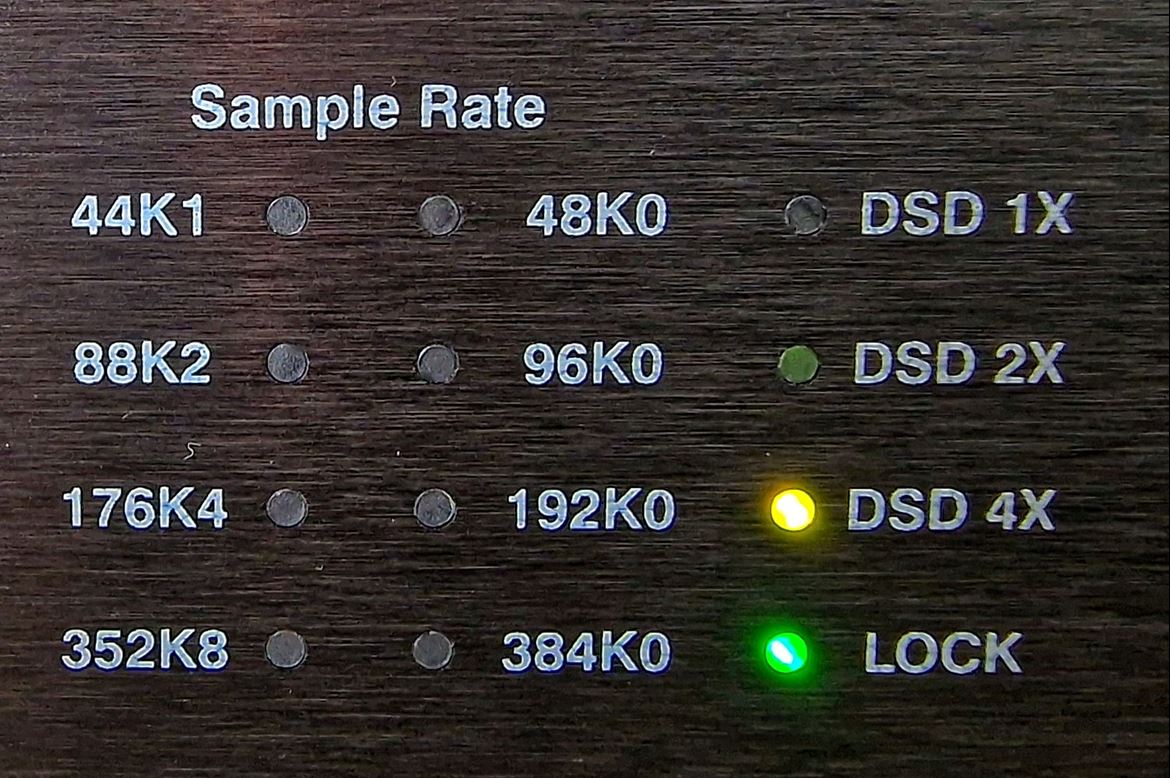 When the incoming format is native DSD, the LED lights amber.

The highest resolution is only available via asynchronous USB 2.0 Type B connection input; all the others (RCA coaxial, BNC, AES-EBU XLR and HDMI are limited to 24/192 and Optical SPDIF to 24/96).

For USB operation, you need to install an Asio driver (only if you use a PC), and you also need a Media Player like JRiver or Foobar 2000 (free).

…the BDA-3 sounds transparent, dynamic, detailed, neutral and true to the source…

When using JRiver, always choose Asio from the drop-down menu. The WASAPI driver will not pass native DSD, only DSD over PCM (DoP), whilst Direct Sound engages the system audio mixer, defeating the bit-perfect playback.

The BDA-3 sounds transparent, dynamic, detailed, and neutral to the source – it neither adds nor omits anything.

Straight to the head

I hooked it up to my usual system comprising Naim amplification and Sonus faber loudspeakers. Still, I gave it a run with a 'magnifying lens' system consisting of a Ferrum Oor/Hypsos driving a pair of Hifiman HE1000 with Transparent Audio balanced connections throughout. The detail is of such high order that I could see/hear forever into the mix with a clear recording.

It 'sounded' like the image of an Oled Tv with pitch-black silence, smooth gradation of saturated colours and fine detail without the edging.

The Oppo BDP Player was connected with Siltech SPDIF coaxial cable and HDMI. For the laptop (Asio driver installed), I used USB to play high-resolution files via JRiver 28 up to PCM 384 and DSD 256 plus streaming from Tidal/Roon. It plays MQA files only as renderer: up to 96kHz. 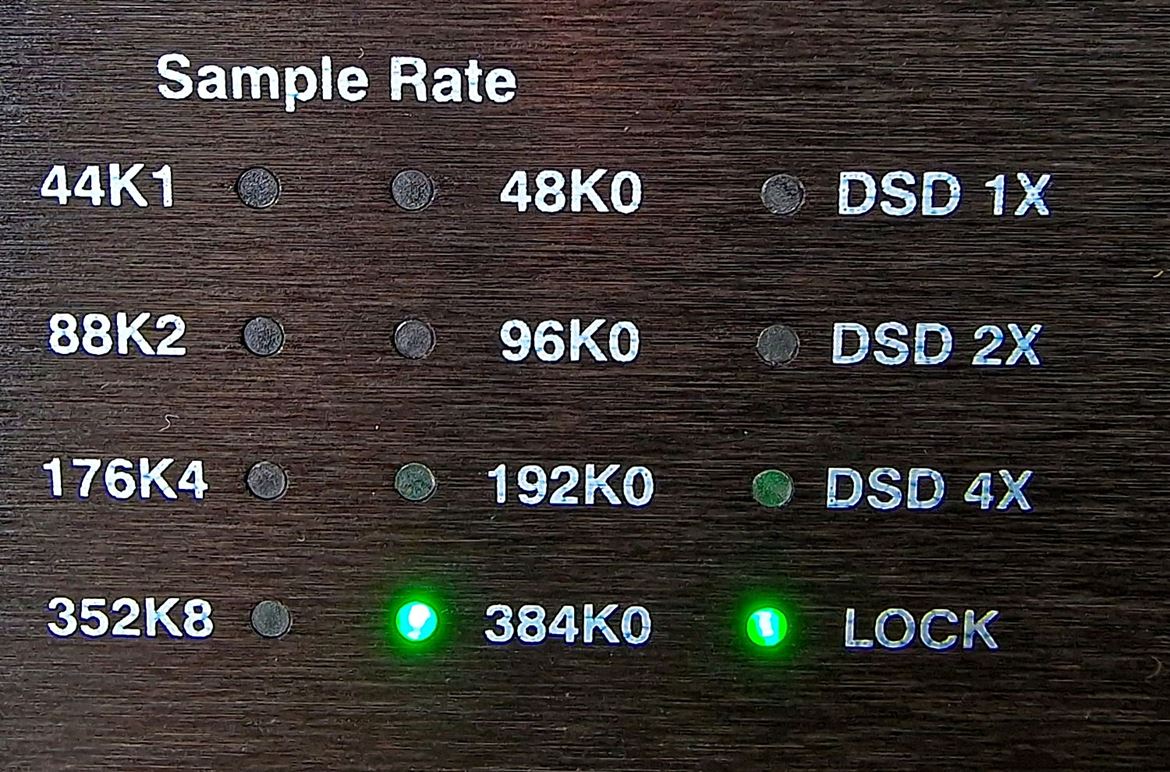 … Upsample further cleans up the sound…

With coaxial (only), I also found that Upsample further cleans up the sound delivering better detail and an even tighter bass but still is no match to native high resolution. 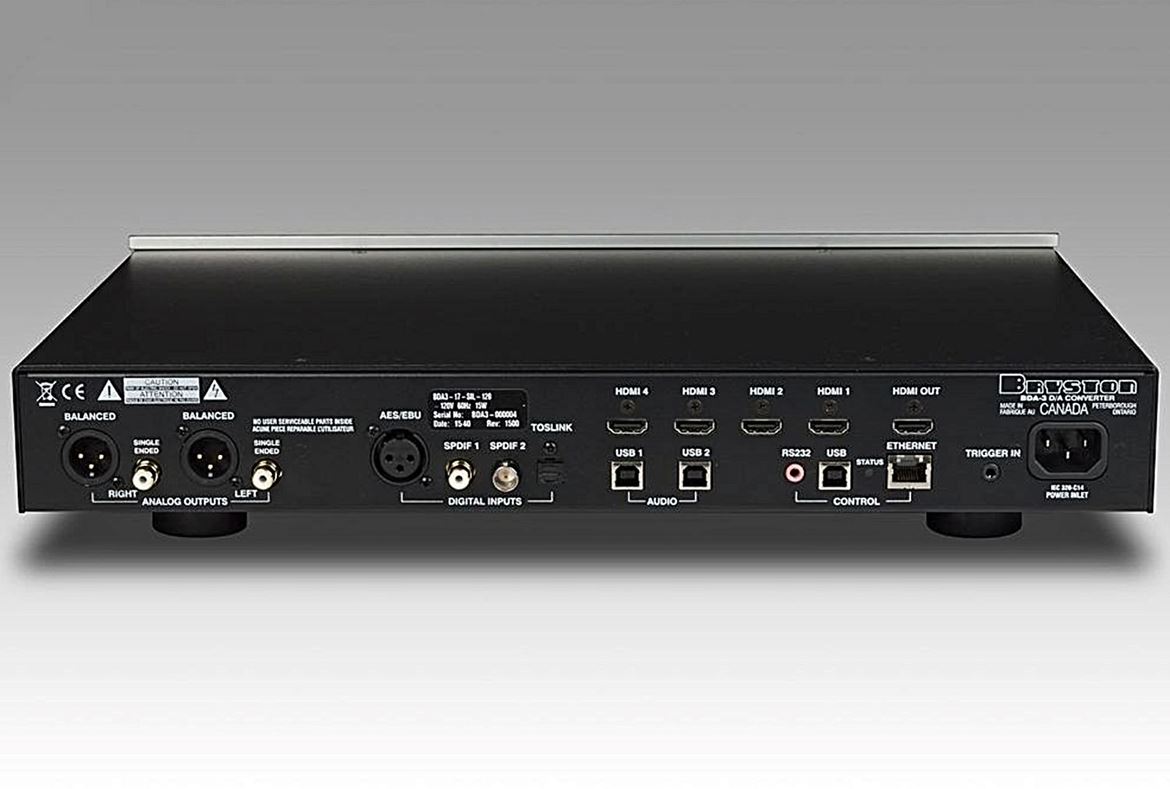 If you want to know what the BDA-3 is capable of, in terms of detail and microdynamics, involvement and sensuality, listen to Dominique Fils-Aimé's album 'Three Little Words'.

Enjoy the naturalness of Dominique's voice, whispering in your ear, wrapped in a chorus of female singers of incredible purity, which sound like butterflies fluttering around your head. These are all representations of herself, as I later found out.

She sometimes sings almost a capella with a minimum of instrumental accompaniment and ethereal percussion, handclaps and murmurs, exploring voice(her voice) as instruments — the vibration of the colours of life as she defines them.

I could give you dozens of examples of tracks that I listened to in awe. But, please, rush to listen to 'Three Little Words' in a system like the one I suggest here, and you'll feel like a better person later.

The album ends with a cover: Ben King's 'Stand By Me'. Voice, piano and bass. With the BDA-3, Dominique was standing by me. It's been a long time since I have heard an album from beginning to end and back.

It's a happy coincidence that they both, Bryston and Dominique, come from Canada.

'Oh, Canada, I could drink a case of you, darling'

Exaudio distributes in Portugal both the Bricasti M3 and the Bryston BDA-3. Hificlube.net granted the M3 the ‘DAC 2021 Award'. It is remarkable that another six-year model – the Bryston BDA-3 – is now on my shortlist for the 'DAC 2022 Award'. It seems perfection is the best antidote to obsolescence.

When the incoming format is native DSD, the LED lights amber.