Note: listen to the talking review in English (USA) here

The B&W 705 S3 is the only one of the three 2-way monitors in the 700 range to feature the Mohican style tweeter-on-top, inspired by the 800 D, itself a descendant of the iconic Nautilus.

The 25 mm carbon cone tweeter is externally mounted on a solid aluminium housing, uncoupled from the cabinet by a suspension system.

The 165 mm mid-bass driver with a Continuum cone (paper treated with carbon fibres), vented coils and an aluminium basket, has the same 'biomimetic' suspension developed for the 800 Diamond range, using a cone centring spider made from thermoplastic. 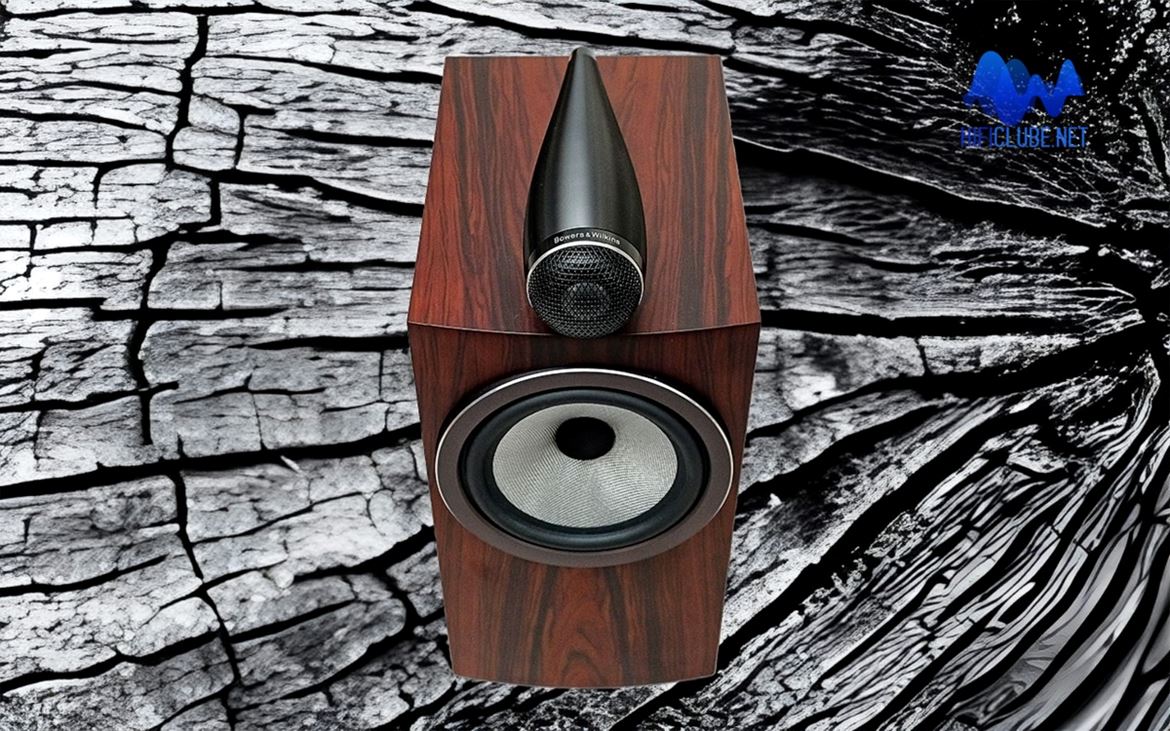 The B&W 705 S3 is the only one of the three 2-way monitors in the 700 range to feature the Mohican style tweeter-on-top.

B&W uses Mundorf capacitors in the crossover filters, which are said to be the most 'musical' on the market. However, it is risky to attribute acoustic properties to electrical components without being immediately accused of promoting snake oil. So, I would also add that Mundorf caps measure objectively better than the competition.

The cabinets are slimmer-than-usual to reduce the diffraction effect, which was compensated for in the depth dimension. Thus, the mid-bass driver takes up virtually all the available width space on the curved front panel, mounted on protruding aluminium rims or pods, just as on the 800 range. 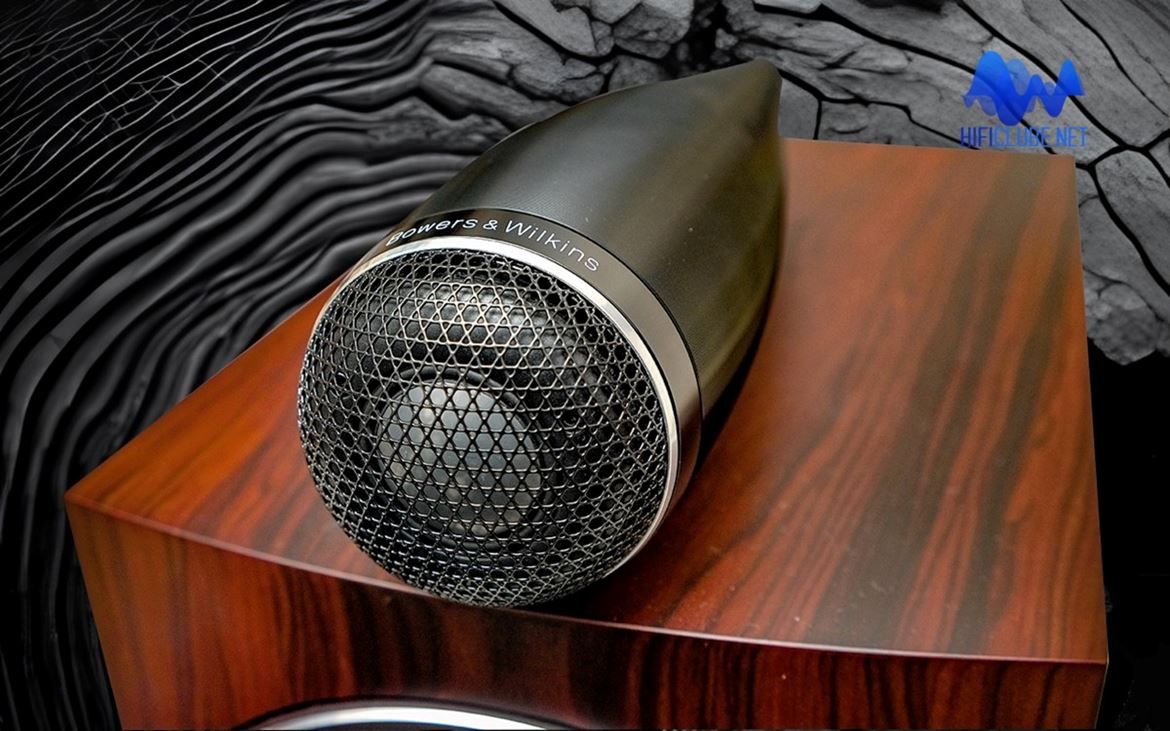 To avoid reflections from the top panel, the tweeter is mounted slightly forward of the woofer.

To avoid reflections from the top panel, the tweeter is mounted slightly forward of the woofer. For the geometric phase to not cause any discontinuities, this shift must have been compensated for in the crossover. But if you like to listen in the near field, it might further help to mount taller feet up-front, making for a gentle slope. By leaning the speaker back, the tweeter alignment deviation can thus be reduced.

The cut-off frequency of the B&W 2-way speakers is usually high at 3.5 kHz, with a slower slope on the woofer filter to allow for a longer midrange overlap with the tweeter.

Even so, I noticed the 705 S3 sound is slightly laid back in the presence zone because the woofer's slope starts a bit earlier (as early as 2kHz) to avoid break-up modes at higher frequencies, prematurely exposing the already wilful tweeter. And this is most noticeable in the female voice and instruments like the piano. 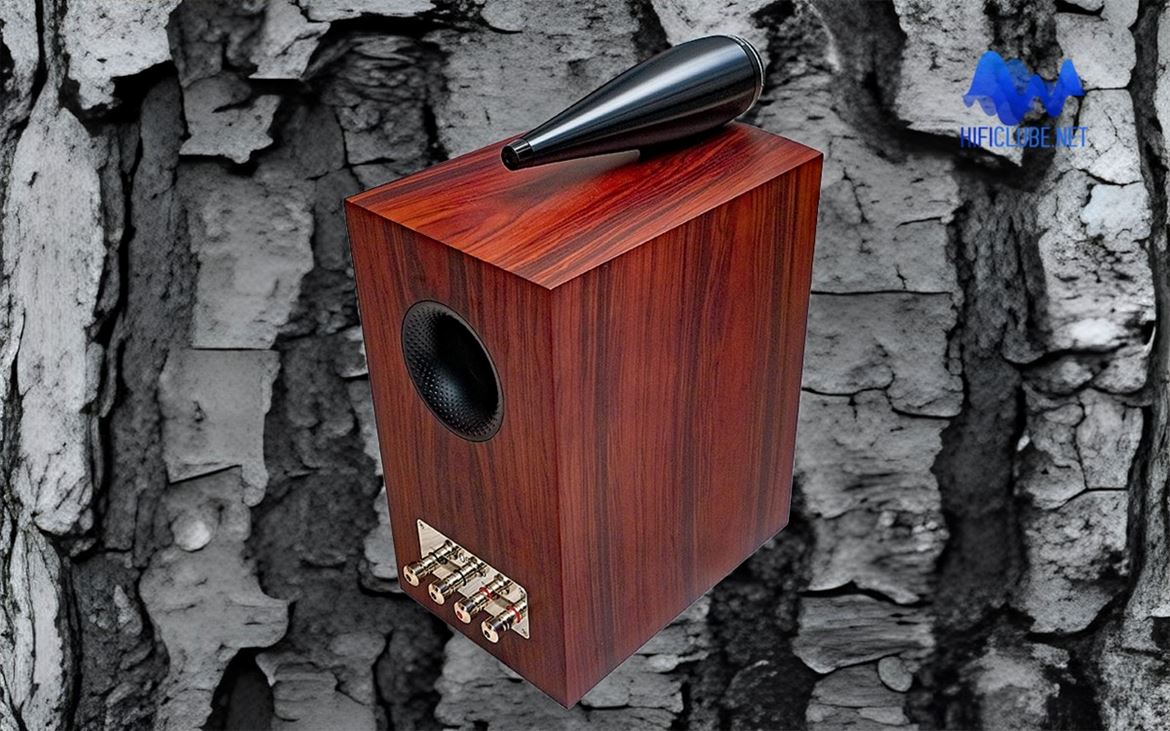 705 S3 has binding post type connectors for spades and bananas that allow bi-amping/bi-wiring.

We advise against placing the speaker close to the wall because of the large mouth of the reflex port, which may result in a thumping and tubey bass.

Excess bass should not be confused with bass extension, which is limited here: there is no music below 50Hz. However, reckless use of the port output contribution may result in unwanted room resonances. It's all about careful positioning and balance.

Although small, the B&W705 S3 is designed to be placed on stands in an average-sized room, instead of on a shelf against the wall. The foam plugs provided are recommended for the latter case.

Nevertheless, this a radical, hence unnecessary solution, as it robs the mid-bass registers of body and structure (the male voice and percussions, for example). And this is especially noticeable because the port is still active at 100Hz and the lack of its important contribution is very noticeable. A good compromise is to place the foams without the central core which can be easily removed. Bi-amping with independent control for highs and lows could do the trick too. 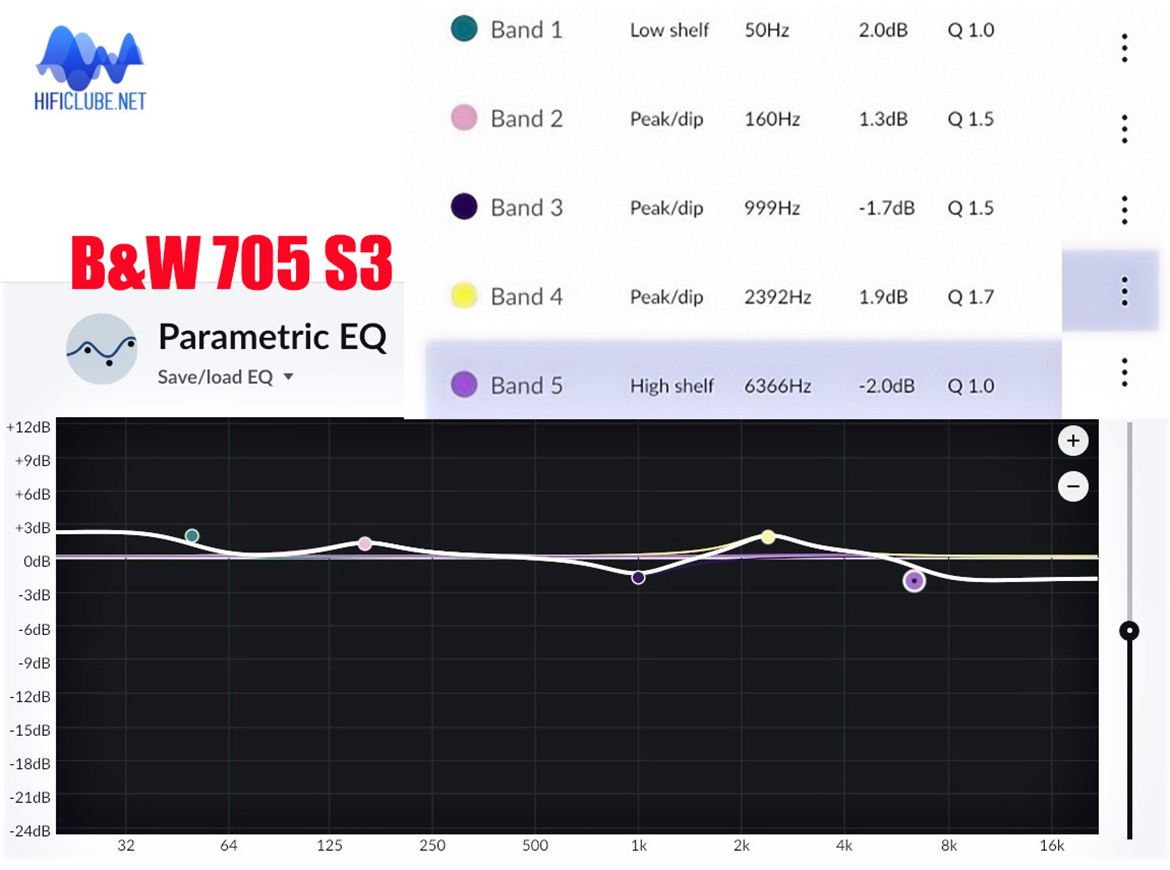 You can also use a parametric equalizer, like the one used by Roon, to correct the bass, compensate the presence zone, and attenuate the treble.

The B&W 705 S3s are designed in the UK (made in China), but they do not have the so-called 'BBC Sound', which favours the midrange over the frequency extremes.

On the contrary, the 705 S3 are very informative, with vivid edges here and there, although never aggressive, excelling in clarity and luminosity. The bass is limited in extension, but not in intentionality—with loud music, even the windows vibrate!

I dare to say they were tuned to meet young people's tastes, used to listening to music in discos. Here, with a limpidity and absence of distortion that makes everything more pleasant and civilized to listen to (the neighbours would agree).

The design and construction of the 705 S3 are excellent, and the tweeter and woofer drivers are top-quality, as are all the parts of the crossover. However, tonal tuning (voicing) is a matter of personal taste.

B&W has decided to focus on refinement and transparency. I would rather have a fuller sound in the middle register and less emphasis on the treble. Nevertheless, many young audiophiles support B&W's choices, not mine, as the 700 range is the brand's biggest sales success. And who am I to contradict them? It is no coincidence that the 'Mohican hairstyle' was also adopted by the punk movement 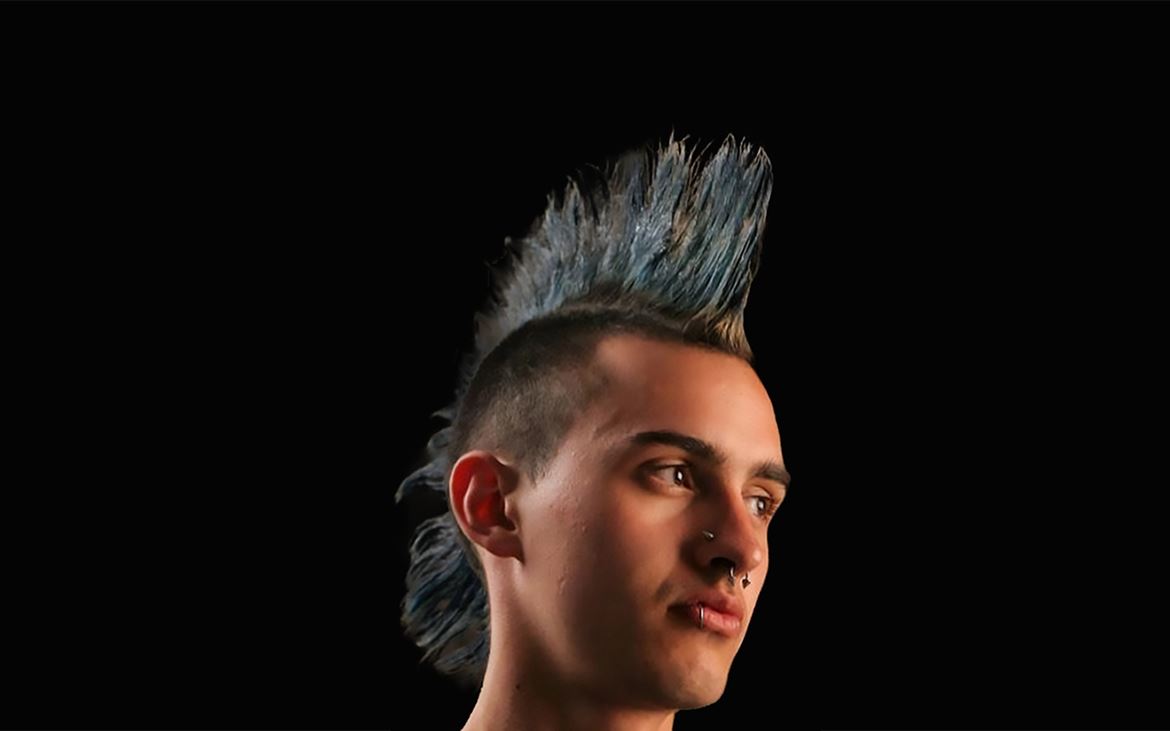 B&W 700 S3 were tuned to meet young people's tastes. But they adapt well to all genres of music.

But please don't get me wrong. The B&W705 S3 is not a 'punk' speaker. Even though it has a modernist design, it adapts well to all genres of music, from classical to jazz, rock to pop. And Punk music too, of course. It was a pleasure to listen to the 705 S3. Recommended.

The B&W 705 S3 is the only one of the three 2-way monitors in the 700 range to feature the Mohican style tweeter-on-top.

To avoid reflections from the top panel, the tweeter is mounted slightly forward of the woofer.

705 S3 has binding post type connectors for spades and bananas that allow bi-amping/bi-wiring.

You can also use a parametric equalizer, like the one used by Roon, to correct the bass, compensate the presence zone, and attenuate the treble.

B&W 700 S3 were tuned to meet young people's tastes. But they adapt well to all genres of music.