In the Grand Auditorium at Ajasom-Lisbon, there is a complete top-of-the-range McIntosh system on demonstration, except for the turntable, the fabulous - and unique in Portugal - Kronos Discovery.

The whole system has already been bought by someone who will have his Christmas stocking full of music reproduced at the highest level. All we can do is keep writing letters, maybe one day Santa Claus will remember us...

'Twas the night before Christmas when all through the house, not a creature was stirring, not even a mouse; the stockings were hung by the chimney with care, in hopes that St. Nicholas soon would be there.' From the poem 'A Visit From St. Nicholas' by Clement Clark Moore 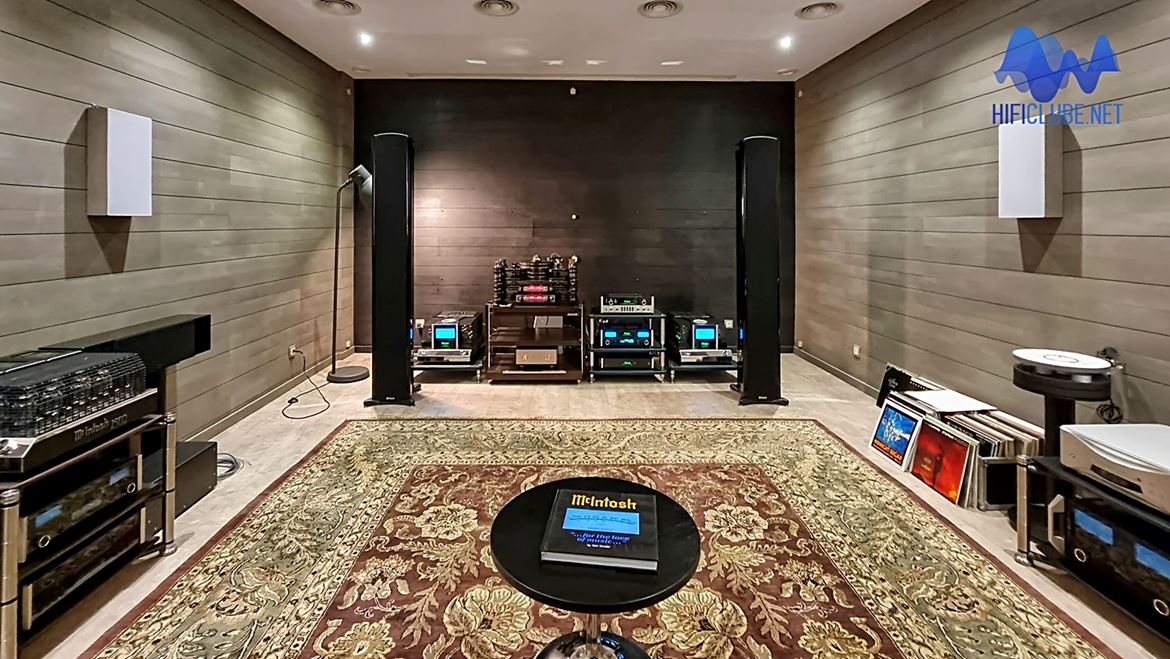 Some people go to the Coliseum to see the Christmas Circus or the Arena to see André Rieu; I went to Ajasom to see the McIntosh Show, and I didn't even have to buy a ticket.

It would be cheaper to hire André Rieu than buy this complete sound system. The advantage is that you can have André Rieu in your living room every day with this system. For those who like lifestyle music with cream, of course. I heard Keith Jarret in Cologne, Ben Webster and Bizet's Carmen instead.

But let me first introduce the artists on stage and their cachets: 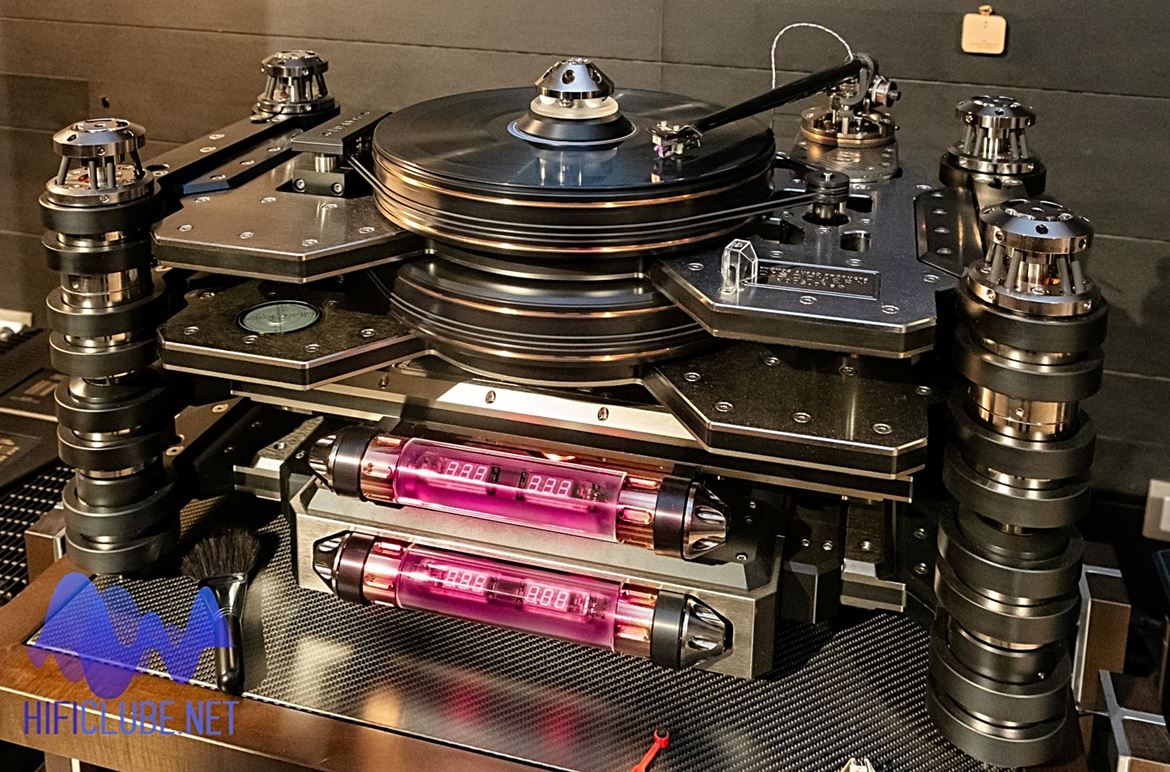 In addition to the Kronos Discovery, which looks like an elaborate baroque work of art, the big news was the McIntosh MC901 hybrid super amps, as I had heard the McIntosh KRT1K speakers before. 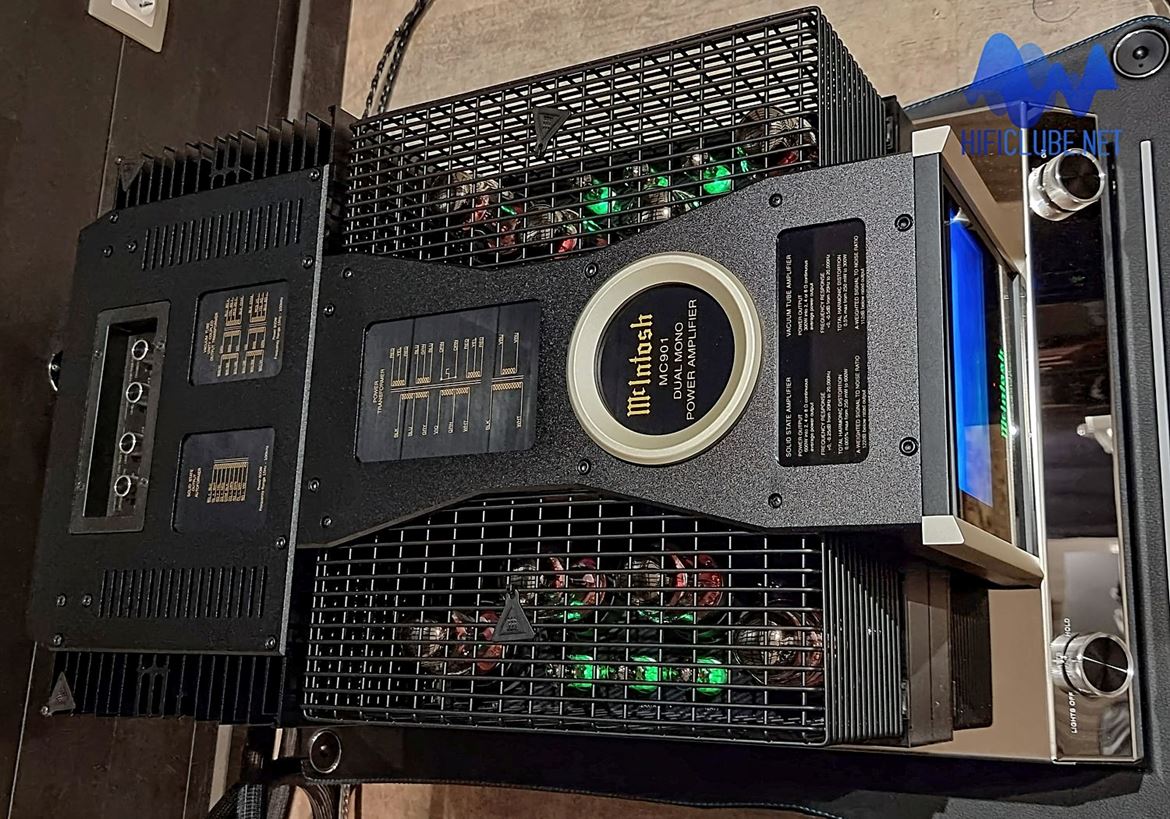 The 901s allow independent gain control of the valve amplifier (mid treble) and solid-state amplifiers (bass). So, we cut 1.5dB on the valves. But the cut also affected the mids, so we went back to the flat position. 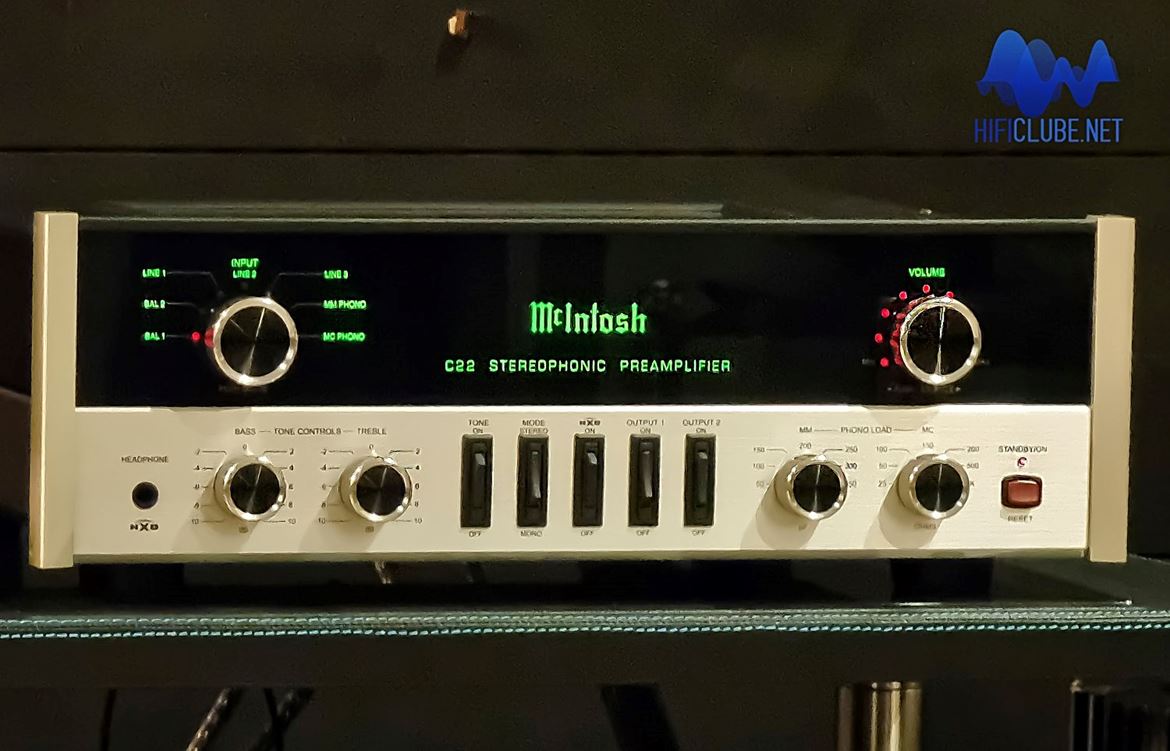 After further listening and some reflection, Nuno Cristina, my host, proposed to lower the Lyra Atlas load on the McIntosh MP1100 Phono with evident success: the treble was now under control. Because the Lyra Atlas was brand new, time will take care of the rest. 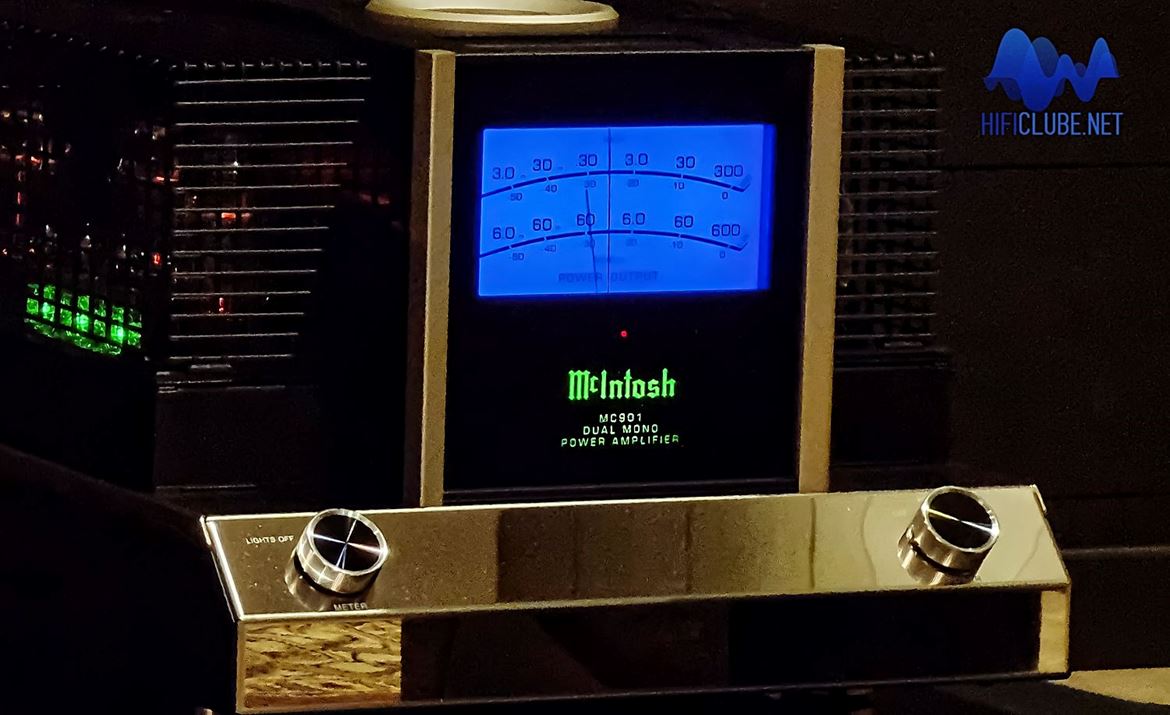 McIntosh MC901 glowing in the dark

And we still needed to lower the gain a little to eliminate what seemed like saturation, more evident in the high frequencies. Nevertheless, the sound was looking good now, if you catch my drift. 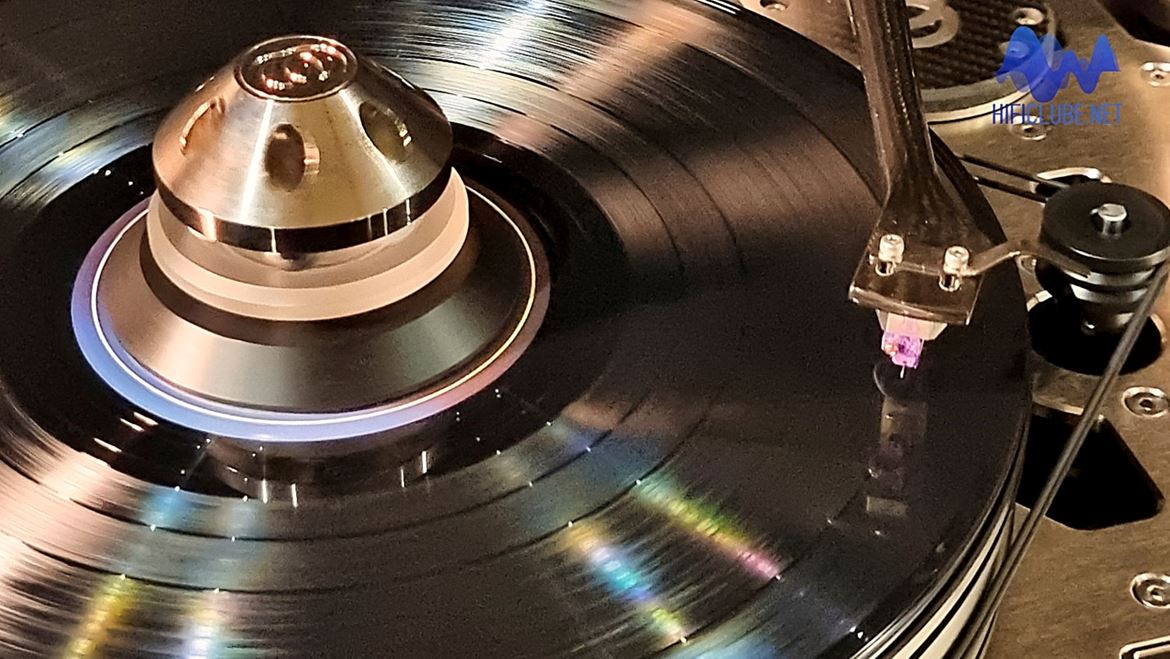 We were ready to listen to Keith Jarret in the memorable Köln Concert. Keith seems to be possessed by a blessed spirit because only then can we understand the hypnotic power his music has over the listener. Something that, in classical music, one only feels with Bach. 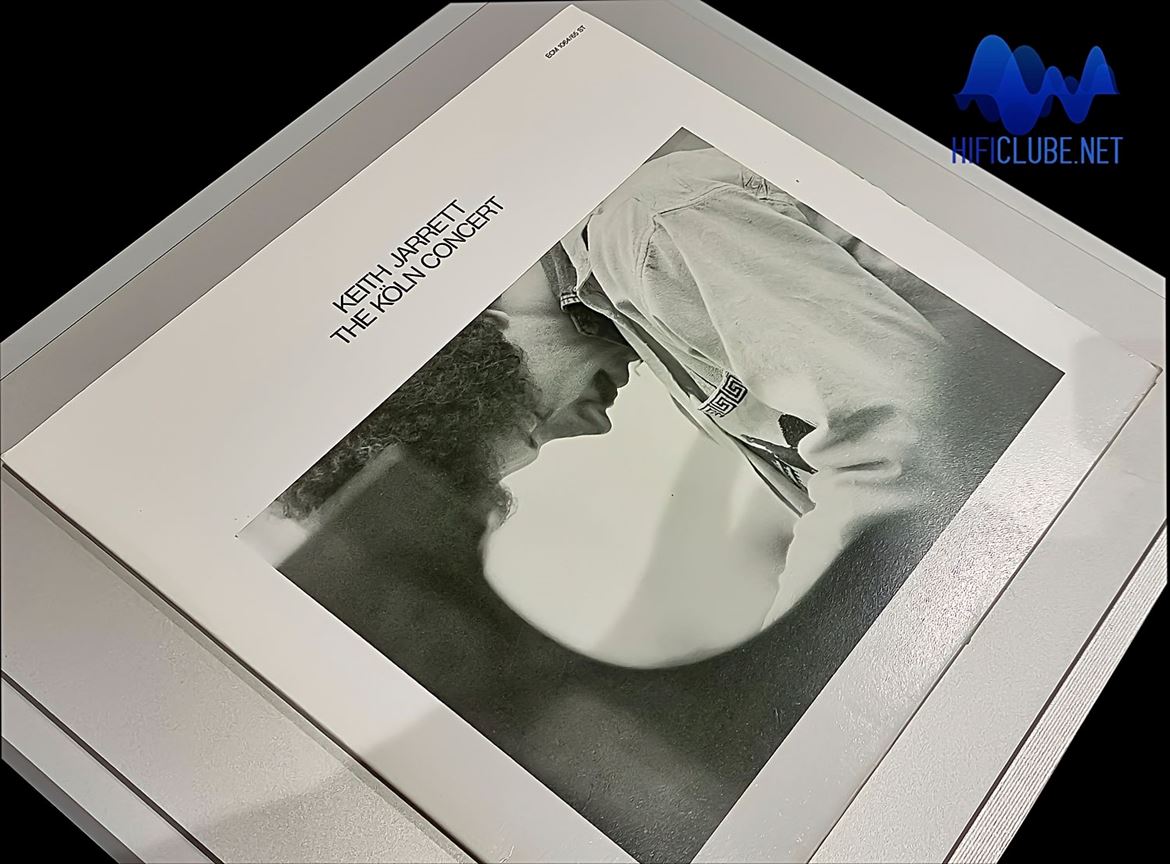 And we let the Lyra surf the grooves until the end with the absolute rotational precision of the Kronos Discovery, in a constant discovery of new information on the record, especially of ambient cues, harmonies, and hidden rhythms. And Keith humming...

It is a record you never get tired of. The digital version backs me up in the long nights of work and soothes me in the wee hours of anguish; it cheers me up when I am sad and plays along when I am happy. It's the kind of record you leave on repeat mode.

Unfortunately, YouTube will block any sample reproduction of the Köln Concert, so the video below only features Stevie Ray Vaughan (recorded with a Samsung S21 Ultra!!) and Ben Webster (digitally recorded on site with a digital recorder at 24/96 and dubbed). Enjoy!

McIntosh MC901 glowing in the dark