(Binghamton, NY) February 9, 2022 – McIntosh is proud to unveil its MA9500 and MA8950 Integrated Amplifiers, which replace the award-winning MA9000 and MA8900 and add performance enhancements to these already outstanding products.

Dynamic headroom has been increased on both new models by over 50% thanks to the filter capacity being doubled in each. This increase in dynamic headroom will give both new models greater ability to reproduce musical peaks with even less distortion than their predecessors. The increased filter capacity will also help deliver more amazing bass playback, low end performance, and overall bass control.

The MA9500 and MA8950 come with the McIntosh DA2 Digital Audio Module factory installed instead of the DA1 module that came in the MA9000 and MA8900. The DA2 is powered by an audiophile-grade, Quad Balanced, 8-channel, 32-bit Digital-to-Analog Converter (DAC) that has improvements in both dynamic range and total harmonic distortion compared to the DA1. The DA2 includes all the same digital inputs found on the DA1 (2 coaxial, 2 optical, 1 USB, 1 proprietary MCT input) plus adds an audio-only HDMI Audio Return Channel (ARC) connection. The DA2 also features increased DSD playback support of up to DSD512 via the USB input compared to DSD256 support on the previous models.

Upgraded power supply components further reduce noise emissions while also adding more robustness under the most demanding conditions. Both the MA9500 and MA8950 continue to use powerful control microprocessors for smooth and reliable system operation, as well as some of the latest state-of-the-art audio-grade circuit components to produce the best sound possible. 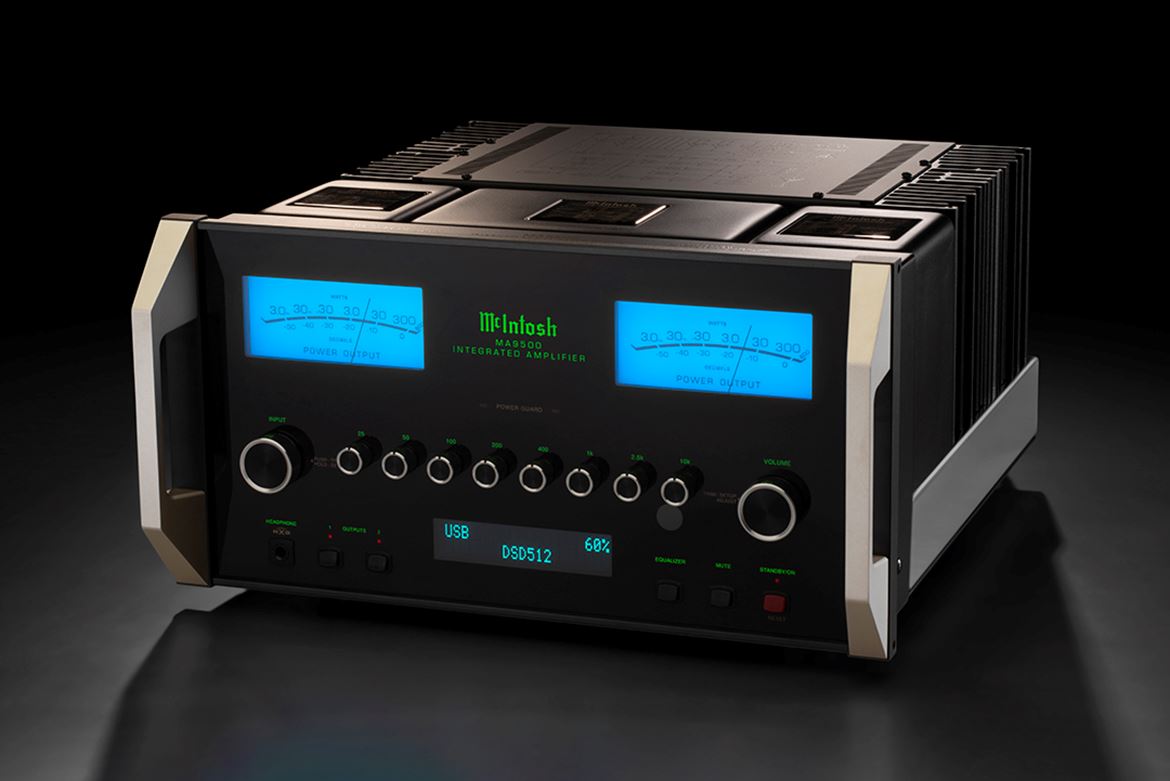 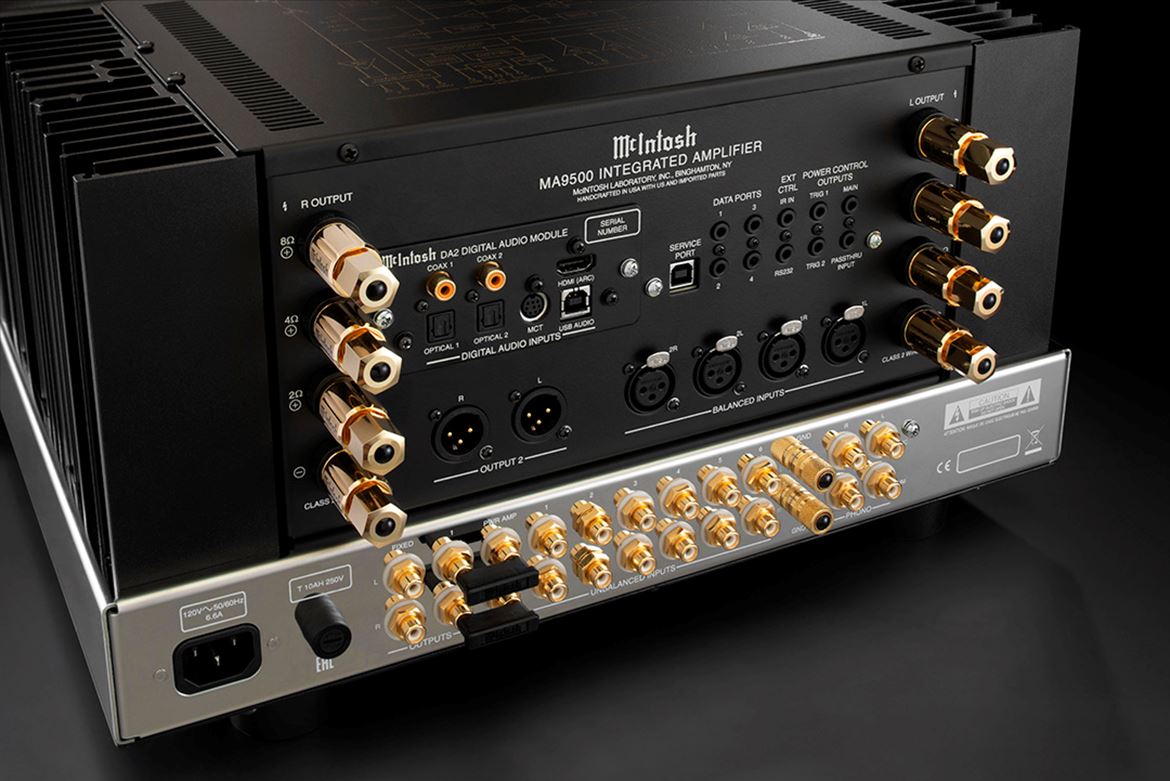 MA9500 Integrated Amplifier
Music simply comes to life with the MA9500 through its 300 Watts per channel of clean, effortless power. It features 10 analog inputs: 2 balanced, 6 unbalanced, plus 1 Moving Coil and 1 Moving Magnet phono input that both offer adjustable loading. It also includes a balanced and unbalanced output that can send the audio signal to another power amplifier. McIntosh's innovative Solid Cinch™ speaker binding posts will easily but securely attach the speaker cables to prevent them from coming loose; the binding posts are gold-plated to prevent corrosion and ensure a quality signal is sent to the speakers. The MA9500 includes a discrete, eight-band tone control that allows for advanced manual analog adjustment of ±12dB in 2dB increments at frequencies of 25Hz, 50Hz, 100Hz, 200Hz, 400Hz, 1kHz, 2.5kHz, and 10kHz. 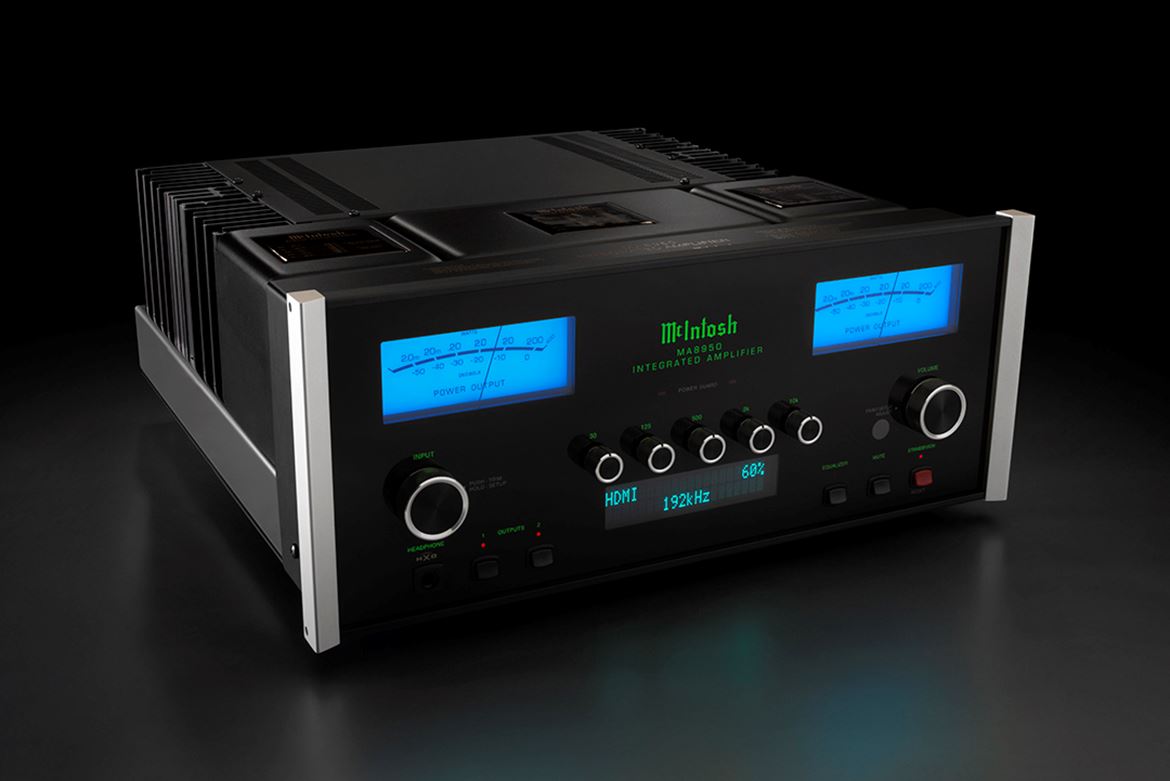 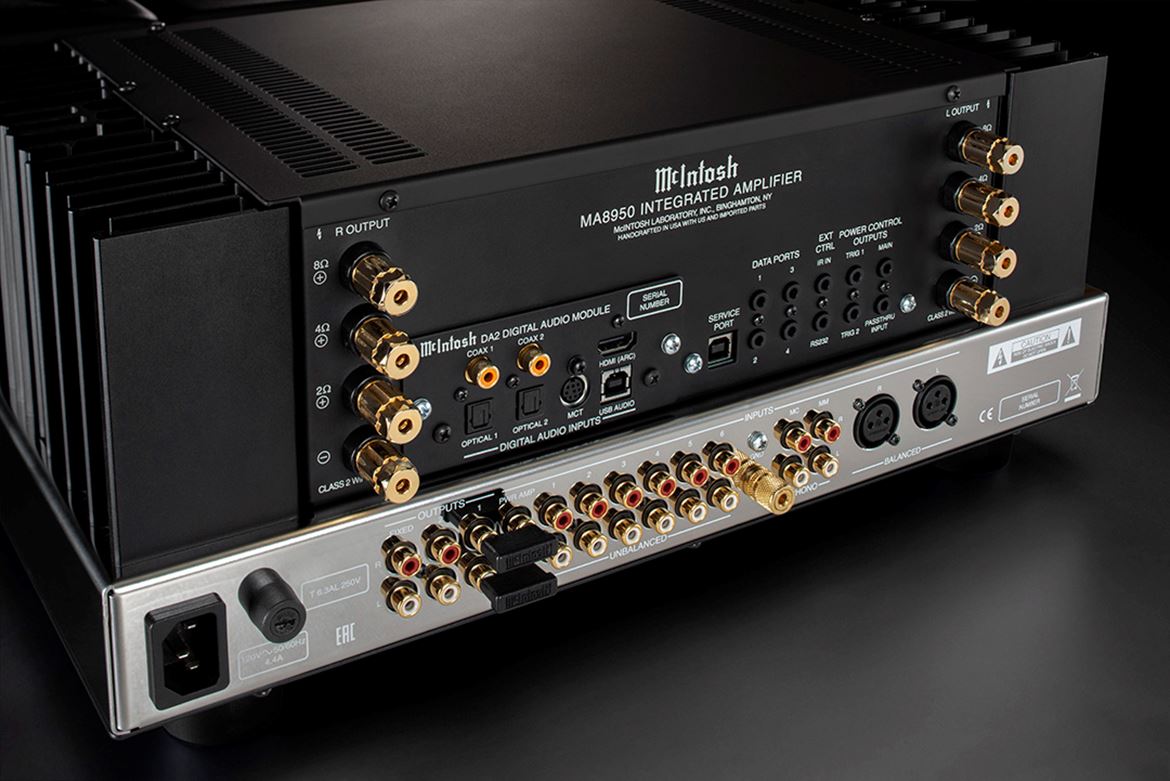