Note: click on photos to enlarge and watch the full article gallery before reading the article.


The new Auralic Altair is a more sophisticated piece of audio than Vega. Some might even confuse it with the Aries. In fact it is a DAC-Streamer capable of PCM 32/394 and DSD256 over WiFi. It is compatible with all but one format: MQA! Yet... 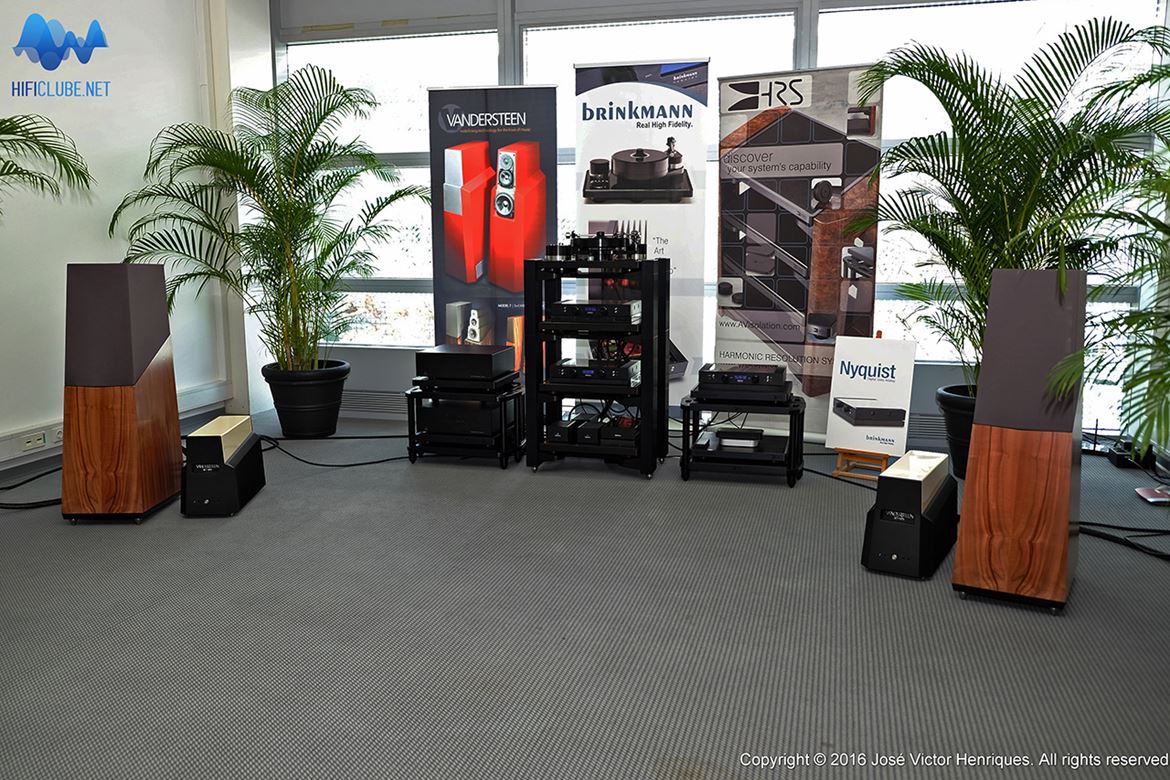 
MQA was demonstrated at the Vandersteen room to good effect. I have several MQA-files myself which I downloaded from the 2L site, and I have compared the original files with the MQA version using a Meridian Explorer II. MQA cannot be better than the original, right? Well, it somehow sounds always more fluid, fuller and more natural, especially voices. Is it really a placebo format? I could swear that even undecoded MQA files sound vaguely better than the PCM version...But I wouldn't bet my life on it in a double blind test! 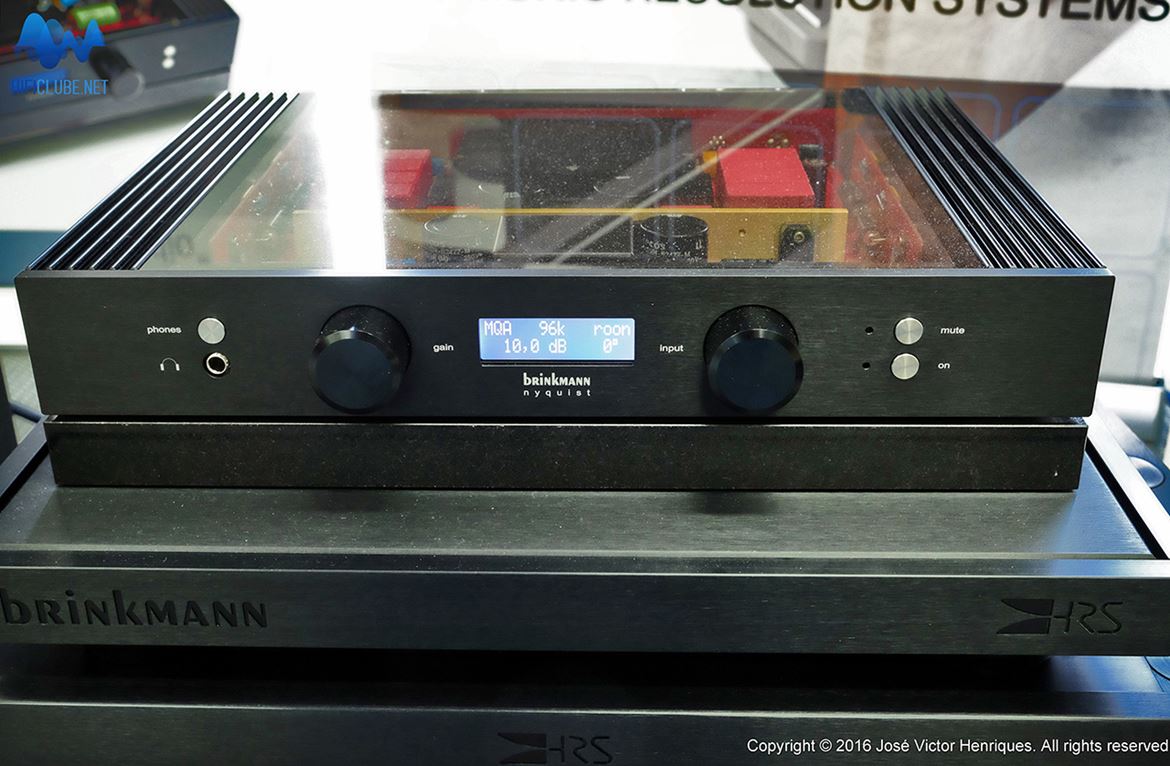 
They used this Brinkmann Nyquist DAC to decode MQA files which uses tubes in the output stage. I listened to Bob Dylan and his voice sounded so full and natural I could feel his presence in the room. Now that Warner jumped into the bandwagon, I think we are gone listen more to MQA, literally. I can't wait to get it on Tidal.


By the way, Tidal already has some 2L records in MQA-version. Hélas, they don't light up the blue led on my Explorer II. 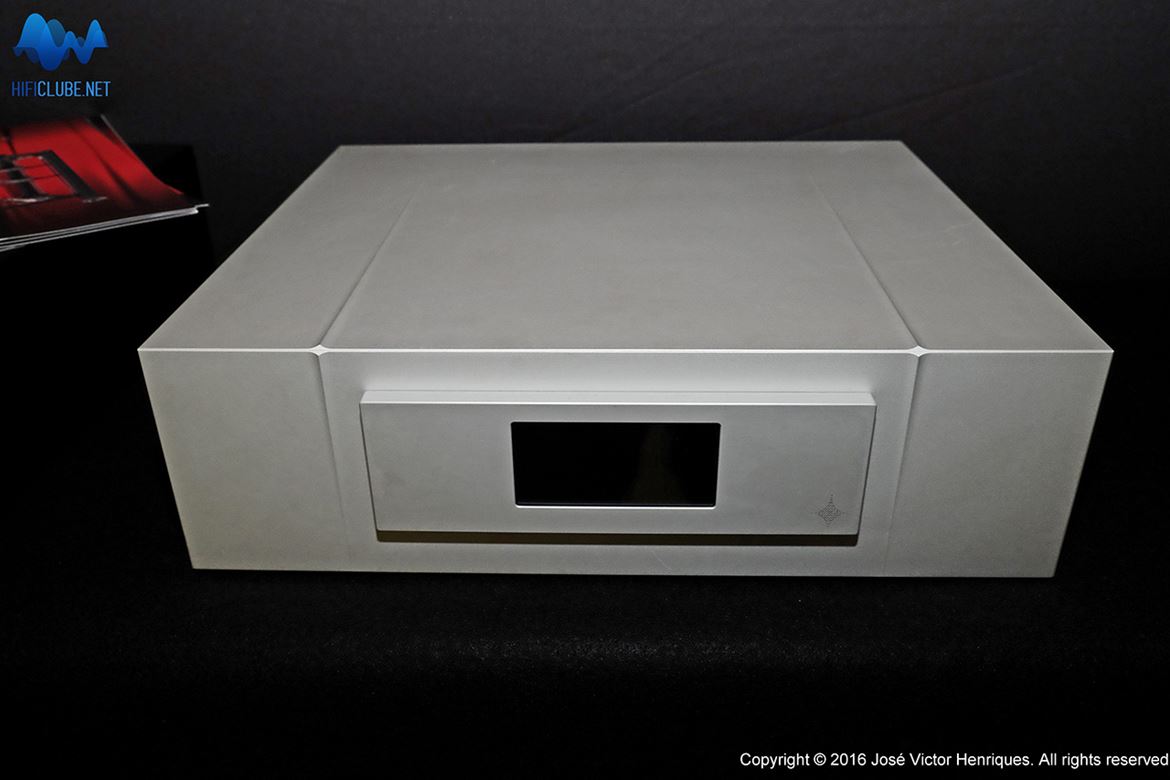 I found this at the entrance of the Constellation room. I took the picture, and then came in, sat to listen to music and forgot to ask. What can it be? It's not the the new 1.0 integrated (it lacks the knobs). Could it be the new Constellation 1.0 DAC?... 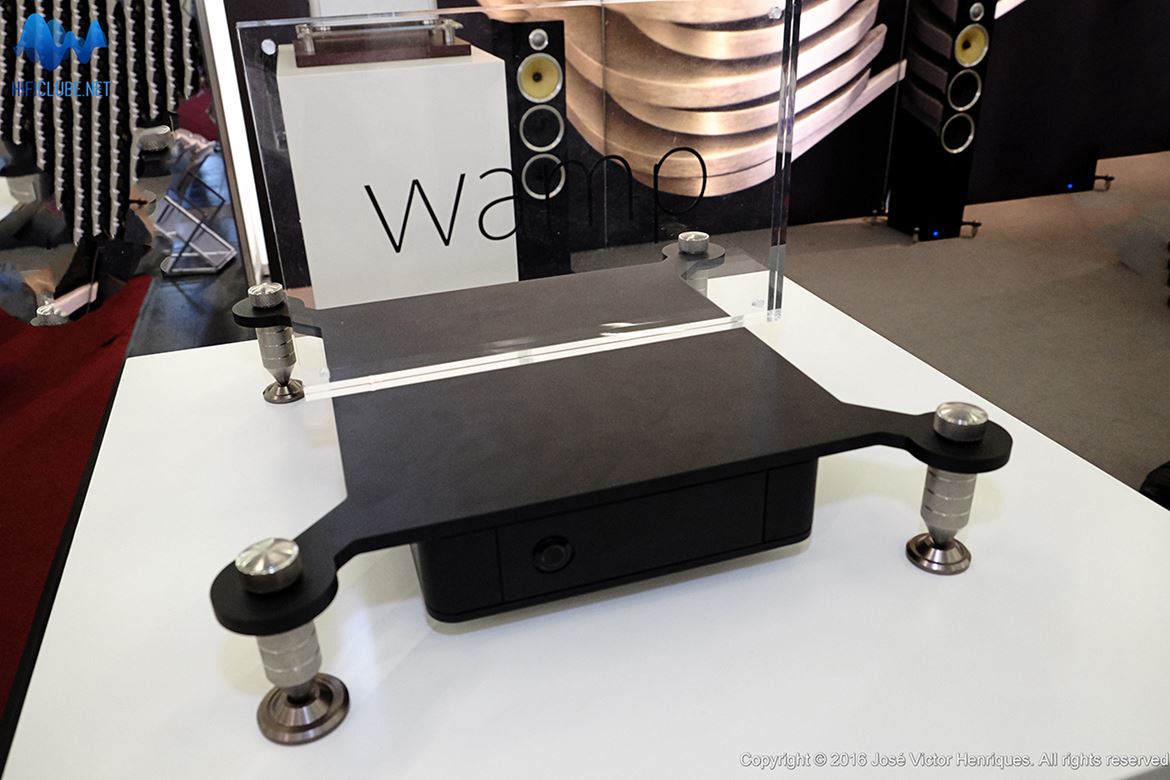 
It's made by the same spanish company that builds the Aria Streamer. It looks just like any other loudspeaker metal plinth. But it's much more than that... 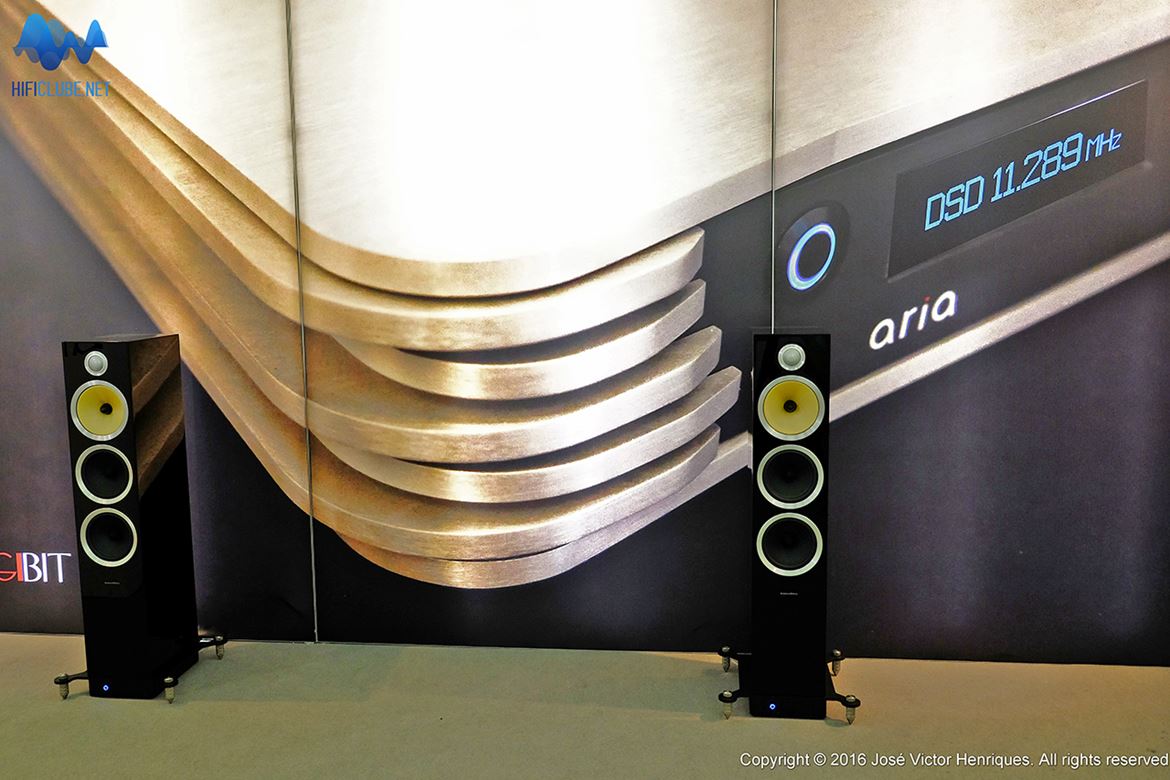 Wamp can turn any passive loudpseaker into an active one with wifi signal reception and class D amplification. Cute idea, hombre! 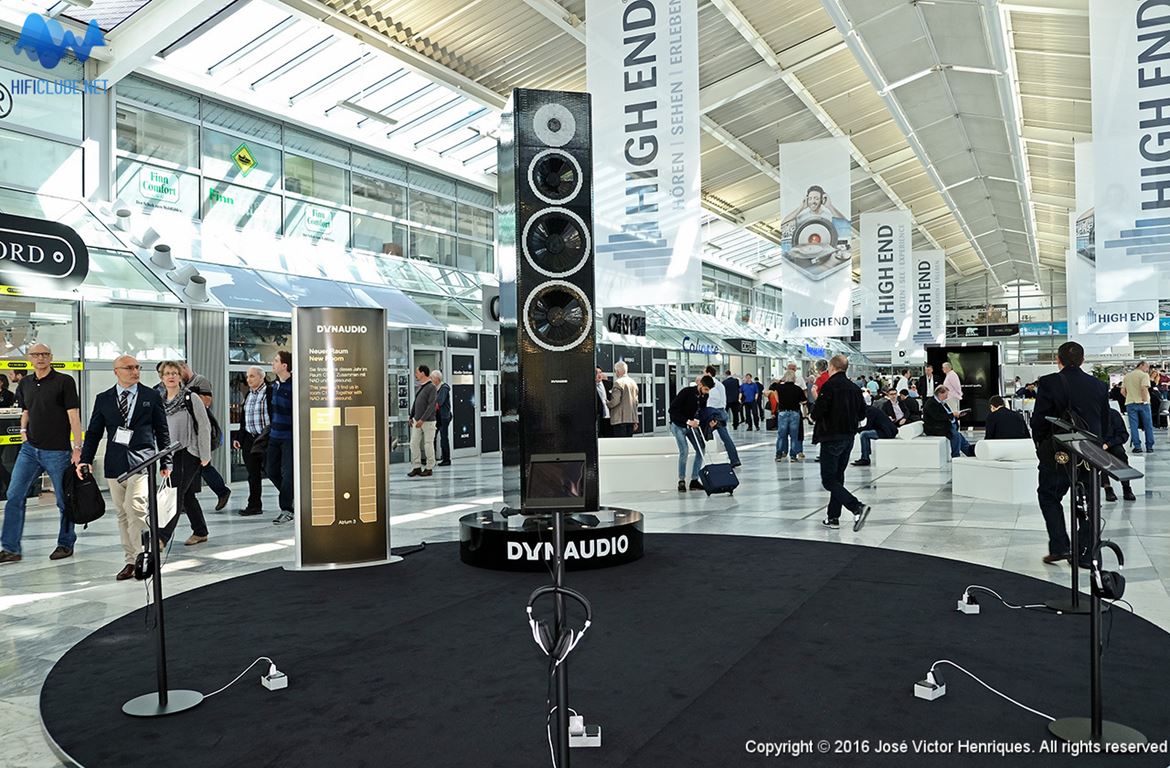 
Dynaudio spared no expense to commemorate its 30 th anniversary and look 'big' in such an important market as Germany, and the rest of the world that was passing by the Lego monolith and couldn't help to notice the imposing construction in the hall annoucing the Dynaudio whereabouts. 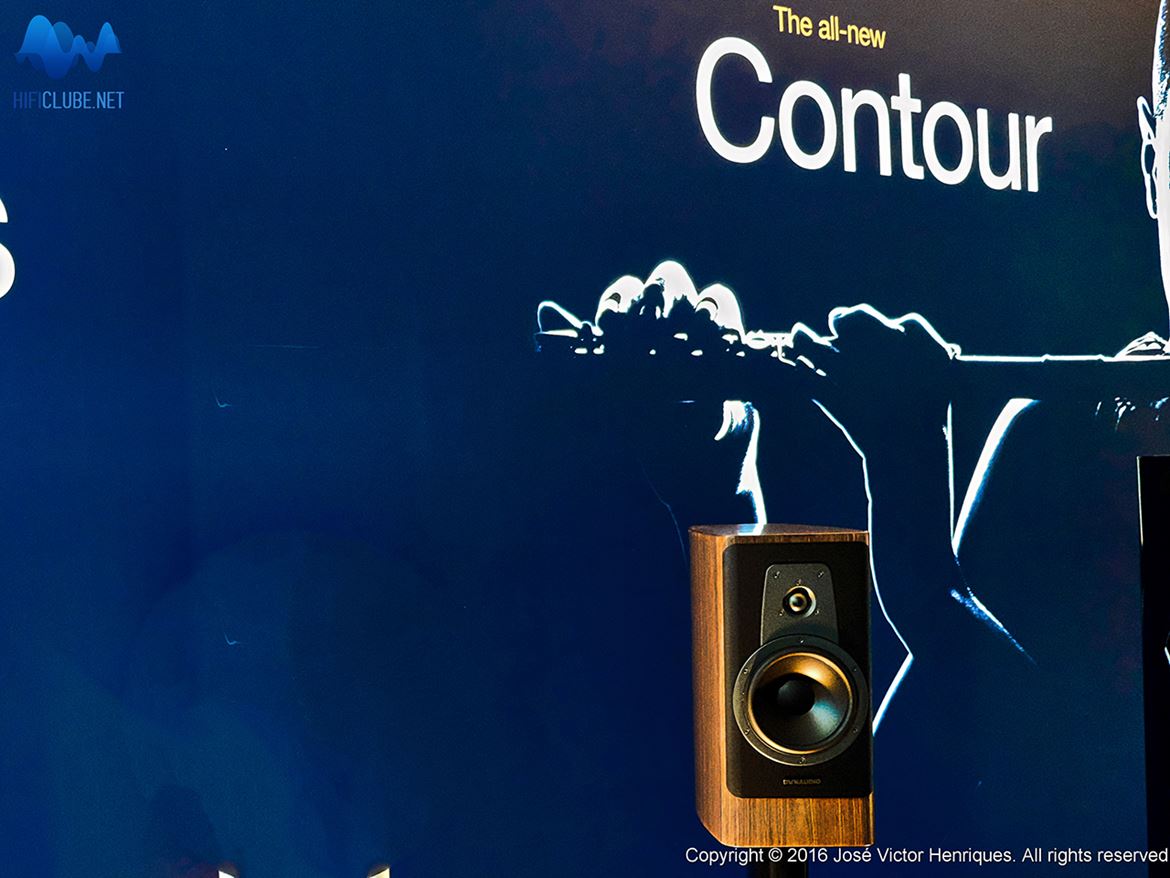 The Contour line has been a success for years. Now they have improved the line with new drivers with variable thickness cones, aluminium front baffles and nicely champfered cabinets. Shown here is the Model 20. Sorry I cannot show the rest of the line but all those spotlights ruined my pictures... 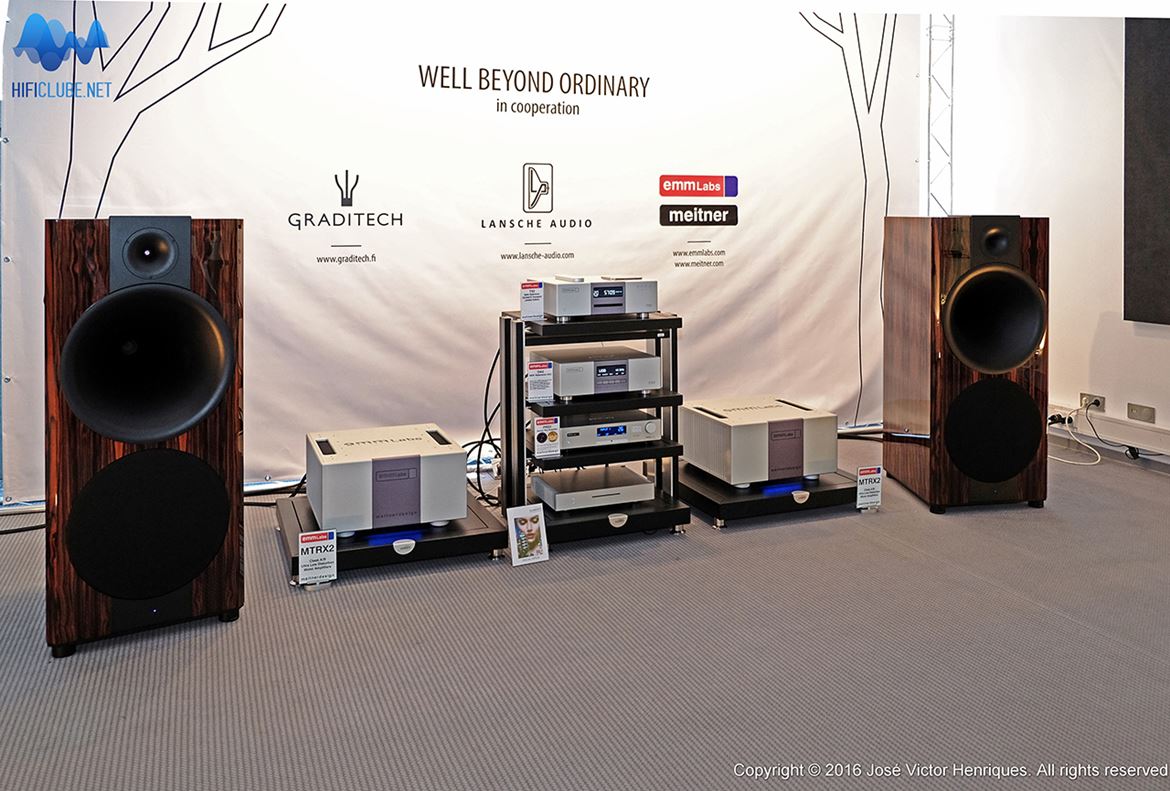 Lansche Audio Cubus speakers were being driven by the yet to be launched (in the Fall) EMM MTRX2 amplifiers. 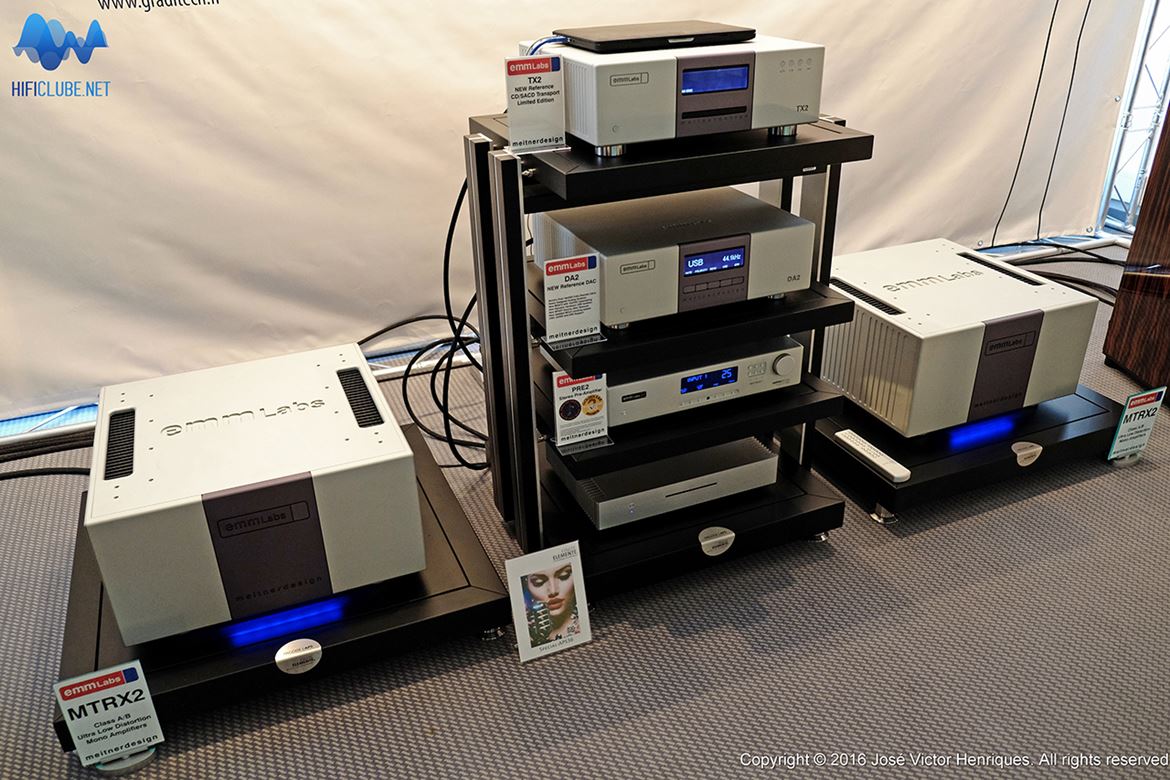 EMM Labs TX2 is the new CD-SACD limited edition player (the last to use the famous Esoteric drawer mechanism; DA2, the new reference DAC that upsamples all incoming signals to DSD1024!; Pre2 is a stereo preamplifier as the name implies. 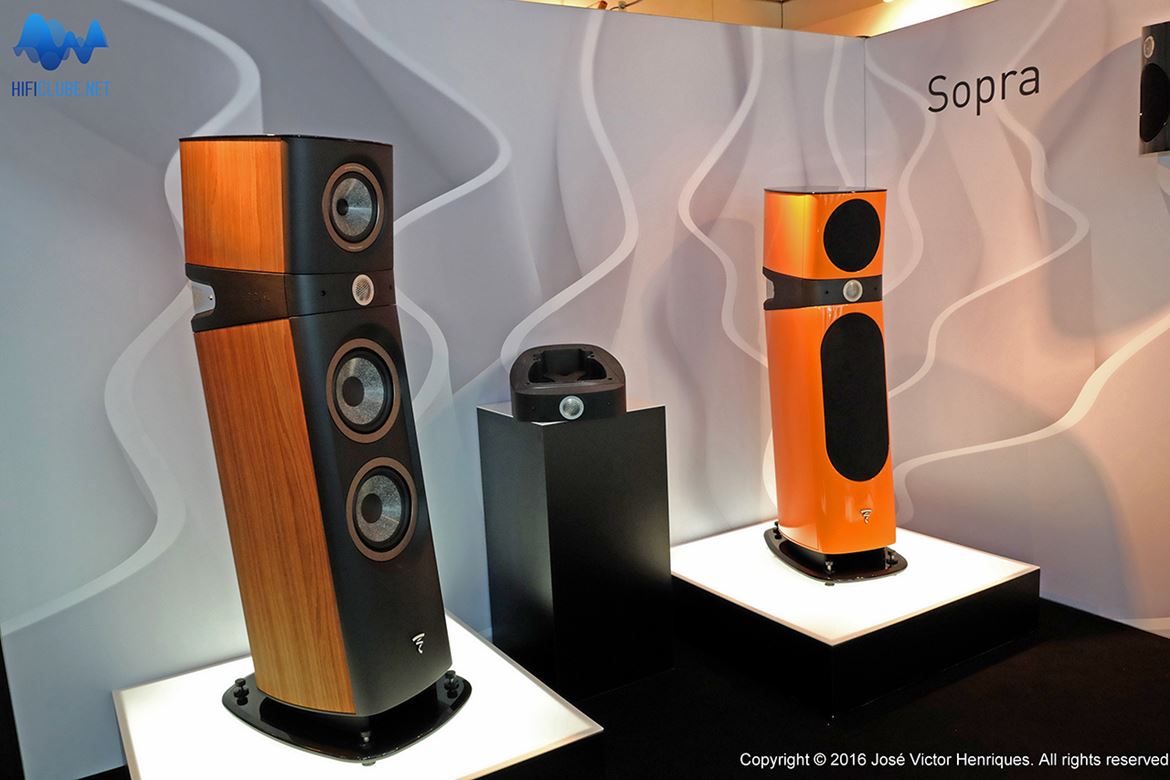 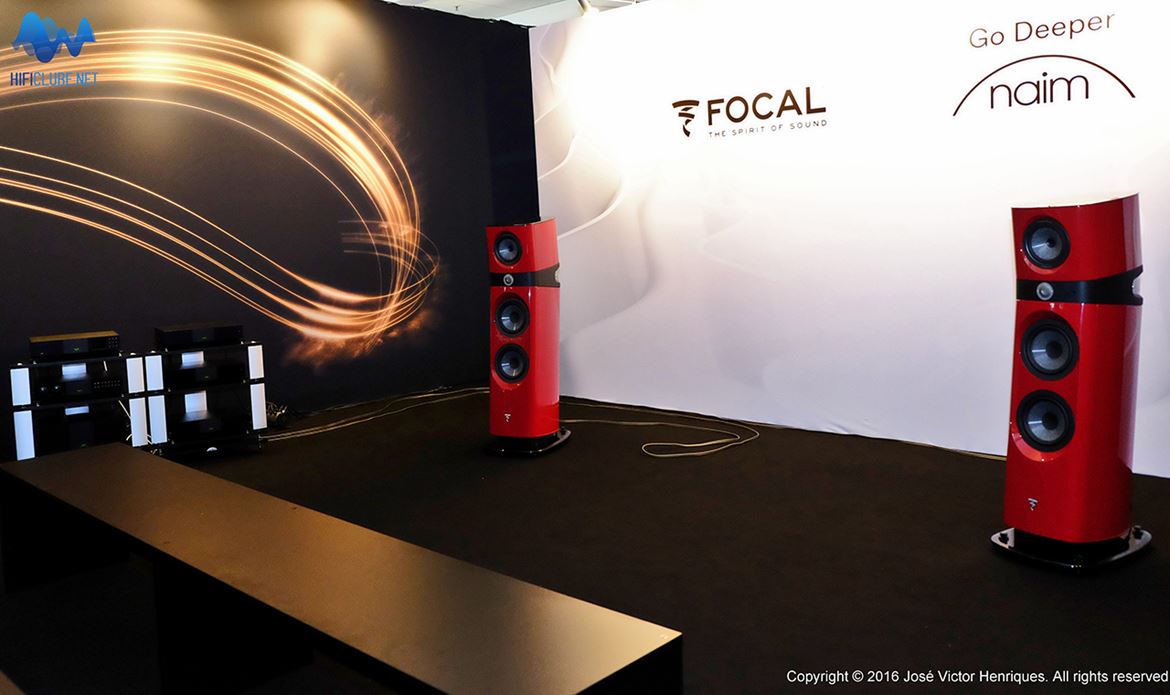 The Sopra 3 was demonstrated with Naim electronics as usual. But the room was always so packed with people, and the german Focal staff are such a pain in the ass for journalists trying to do their work I...passed. Fortunately our local distributor is much more willing to show the Sopras's worth. In due time, I'll let you know how it sounds... 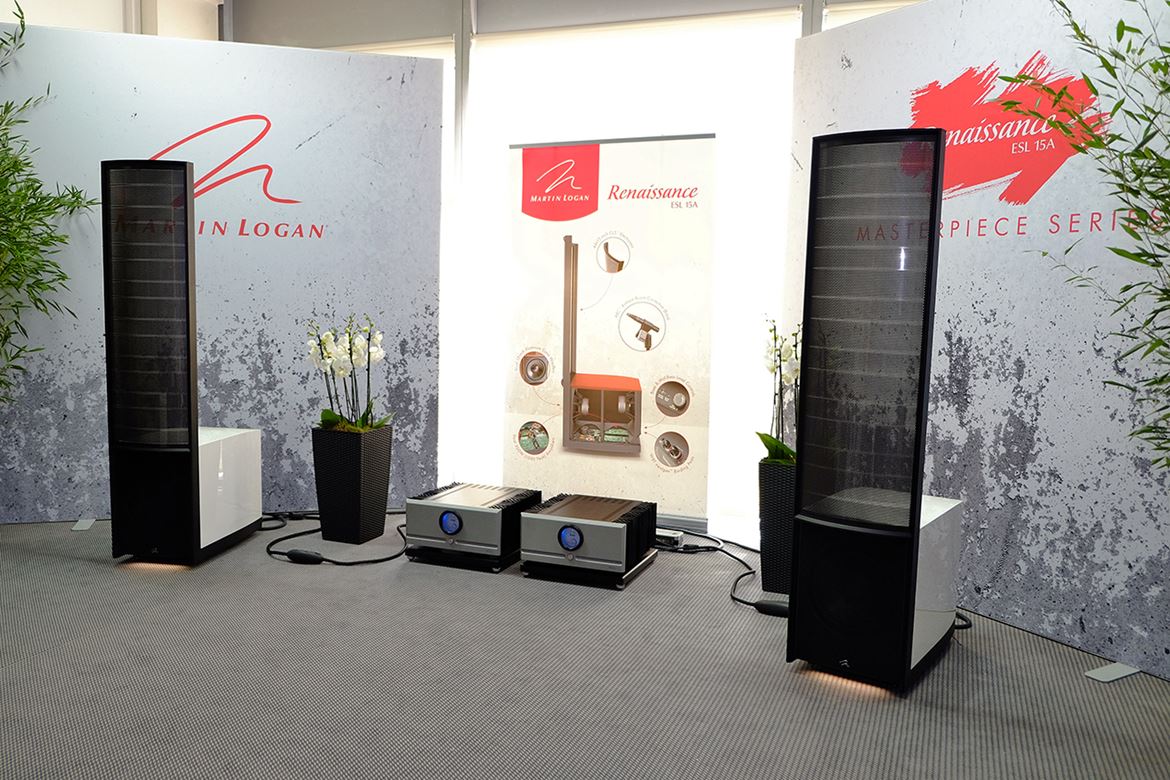 
The Martin Logan Renaissance first shown in Vegas was demonstrated inside the room with Pass amplification. We will deal further on the performance later in the report. 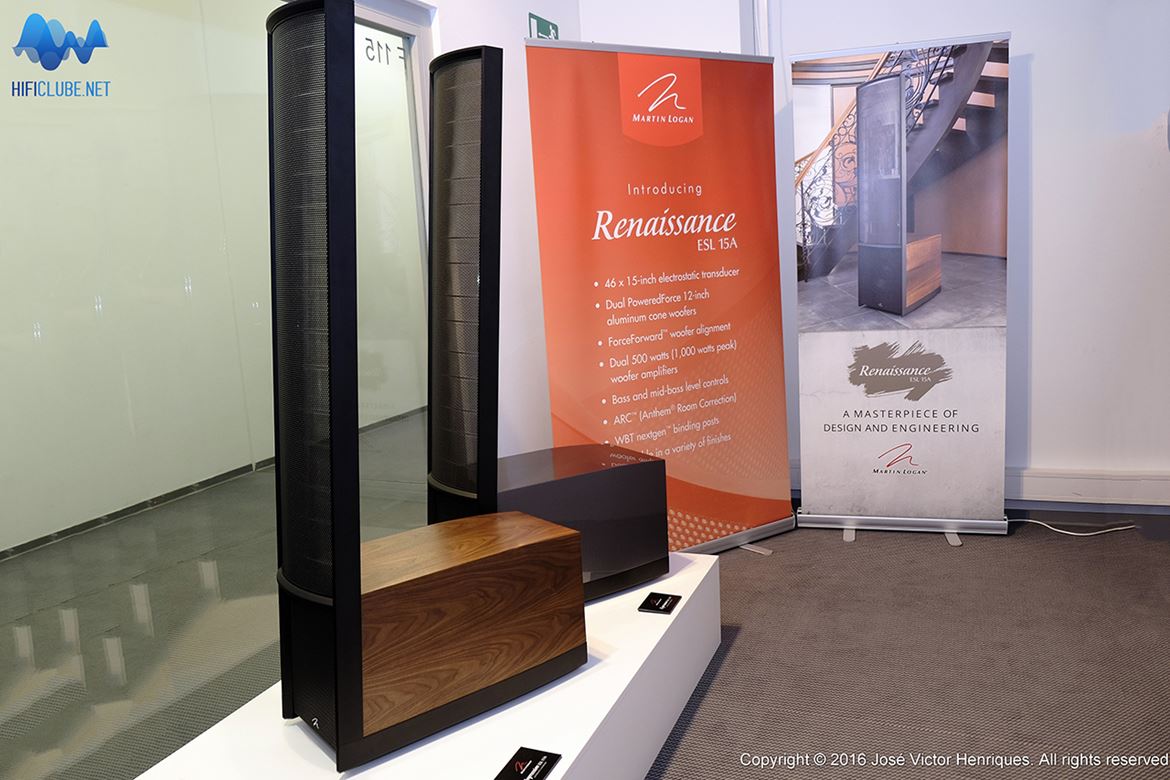 Outside in a window ML was displaying the forthcoming Impression and Expression models. It seems ML is bound to cover all possible sizes and colours in the short term...


I have already covered the Nagra Pre in Part Four-Highlights 2, but this picture I took of the Classic Pre is so much better I could not resist. 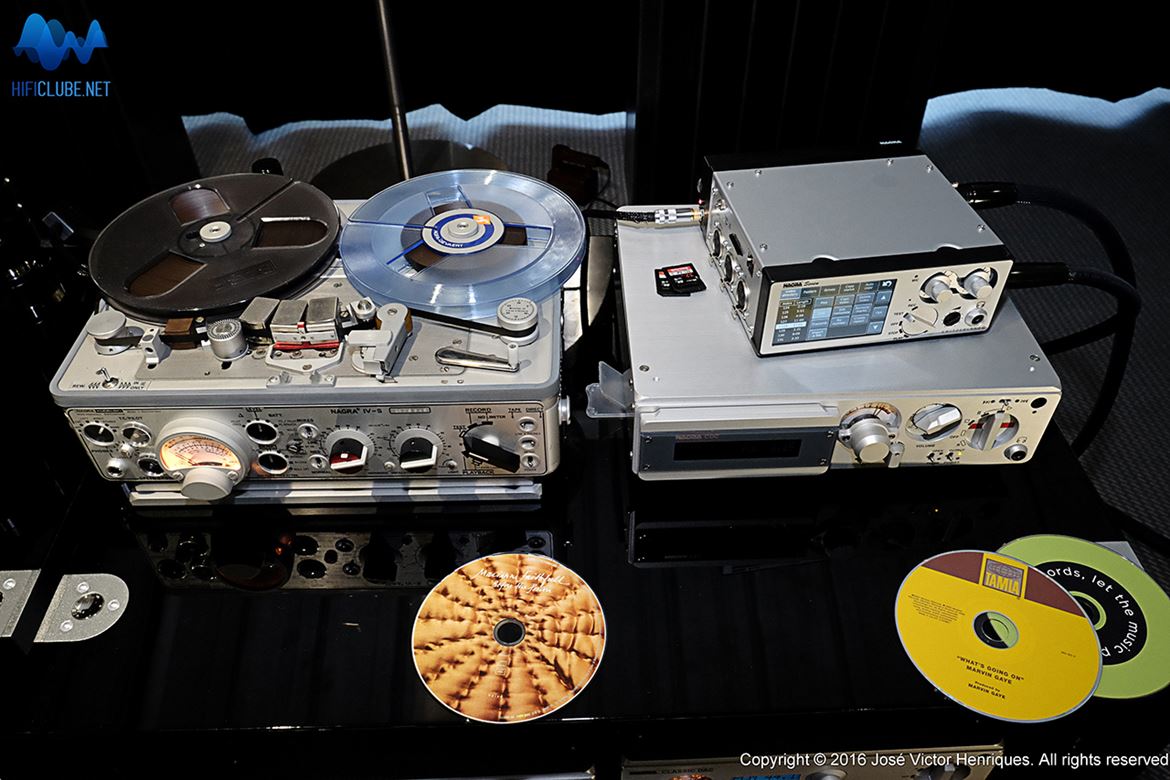 And what about this only in your dreams Nagra collection?...