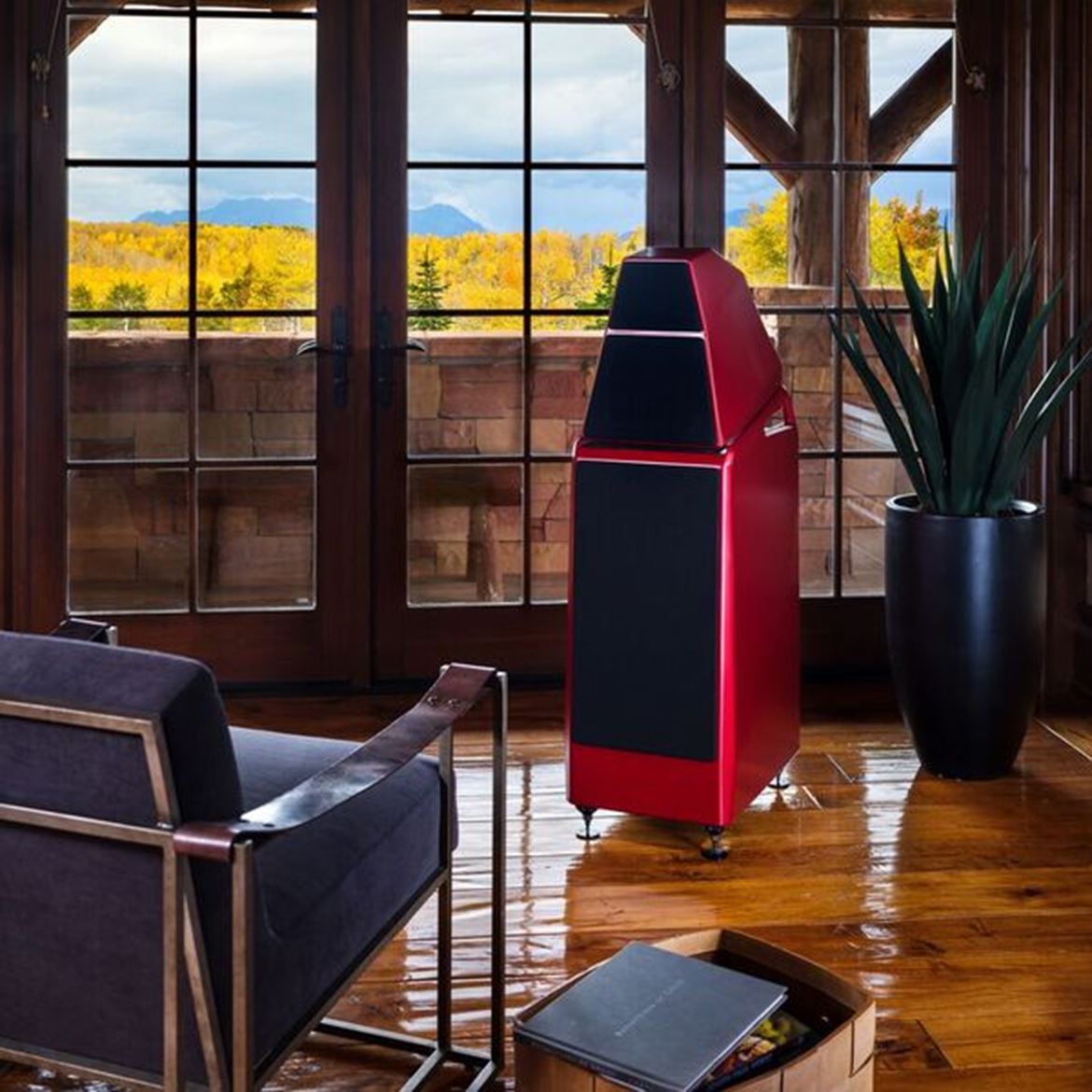 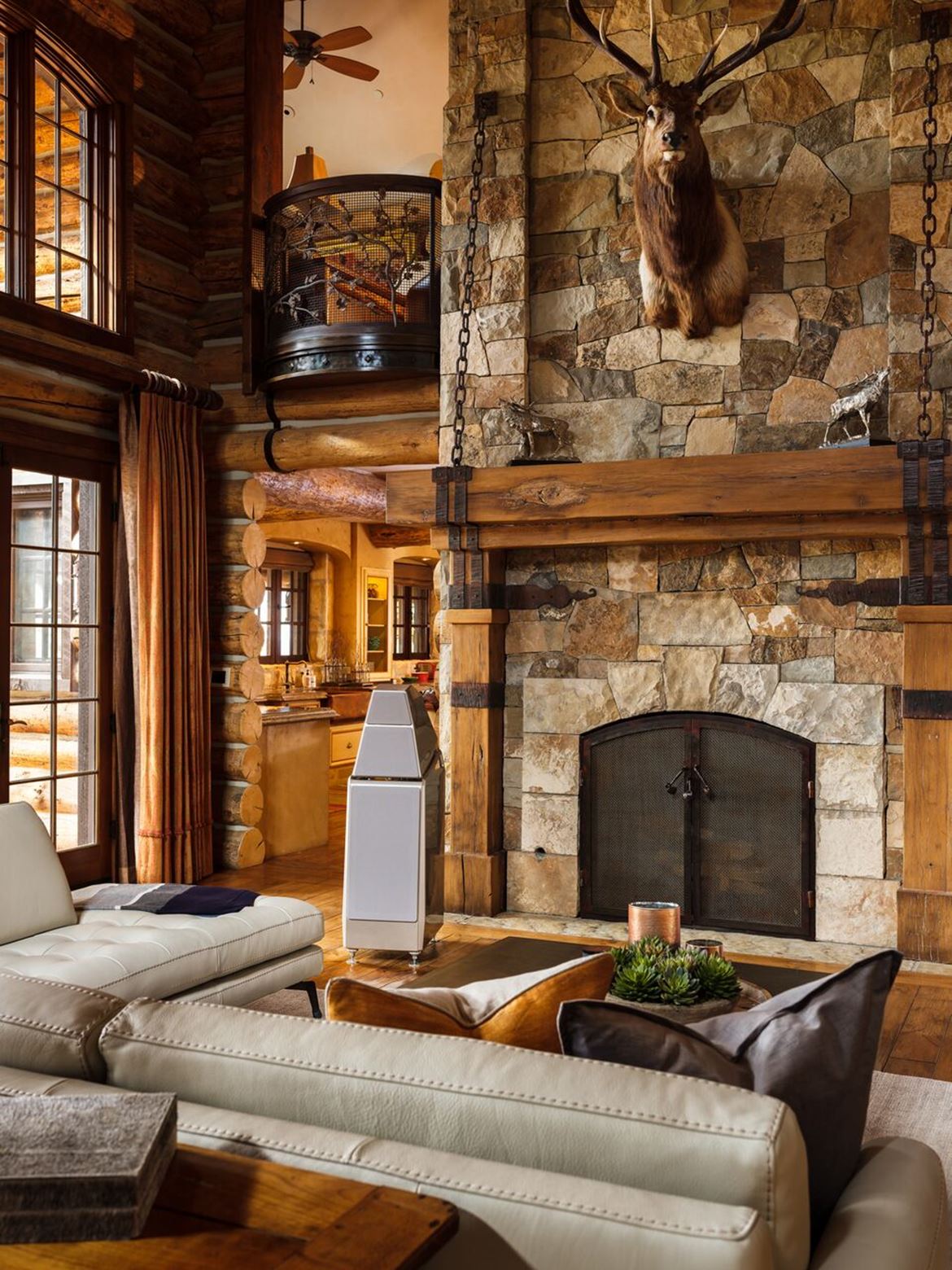 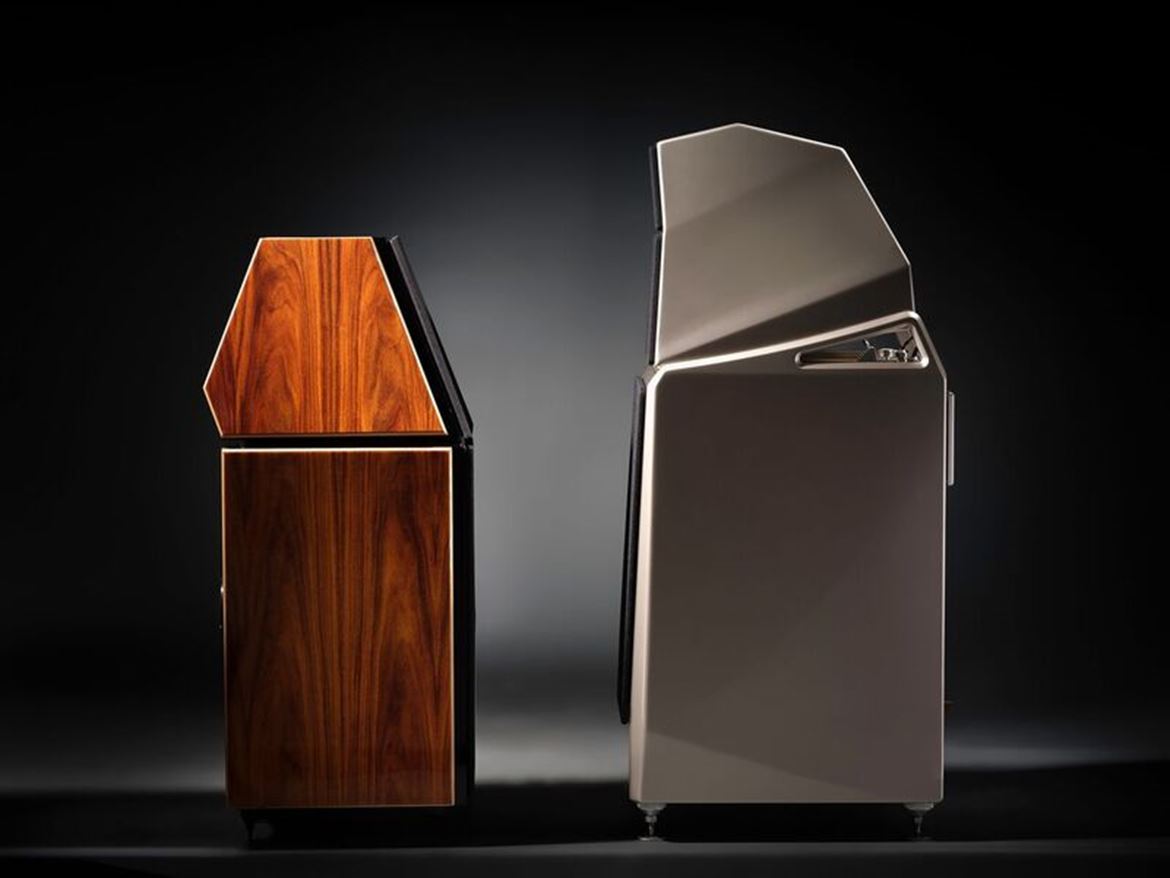 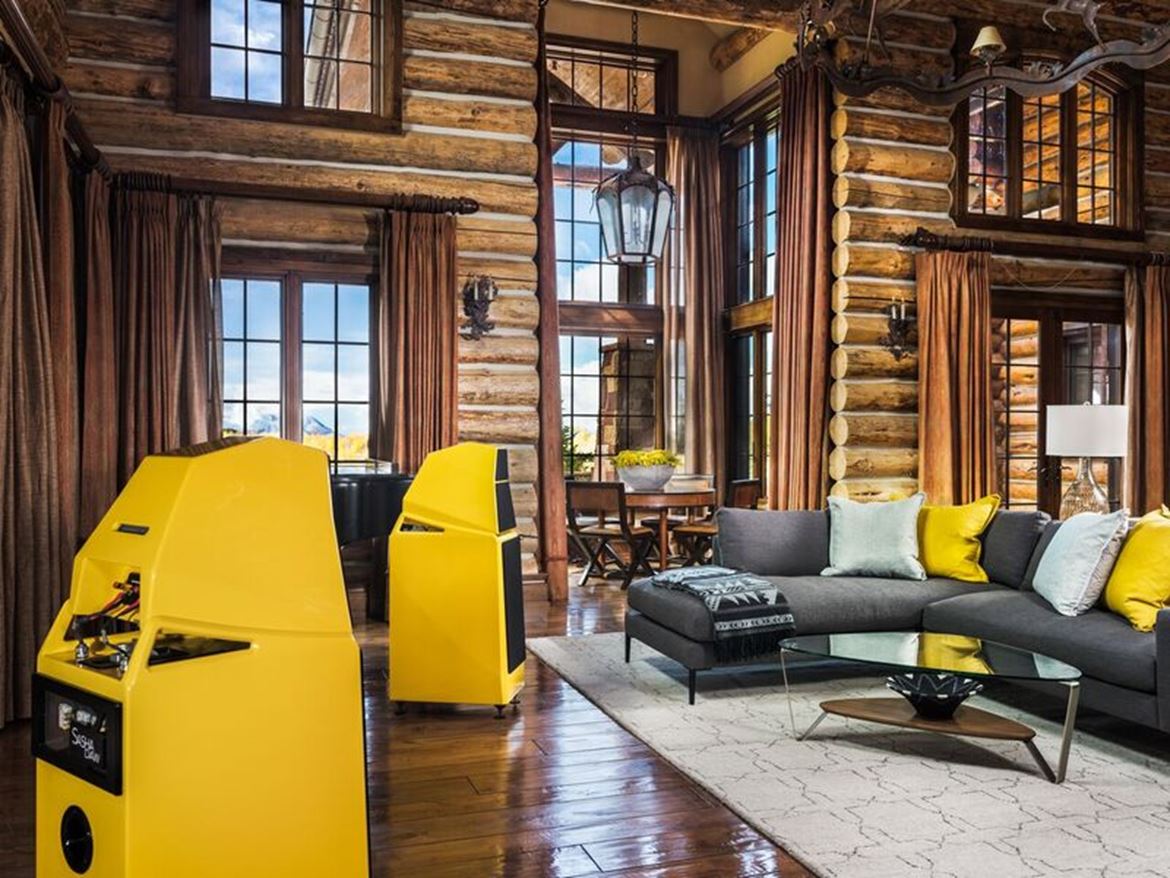 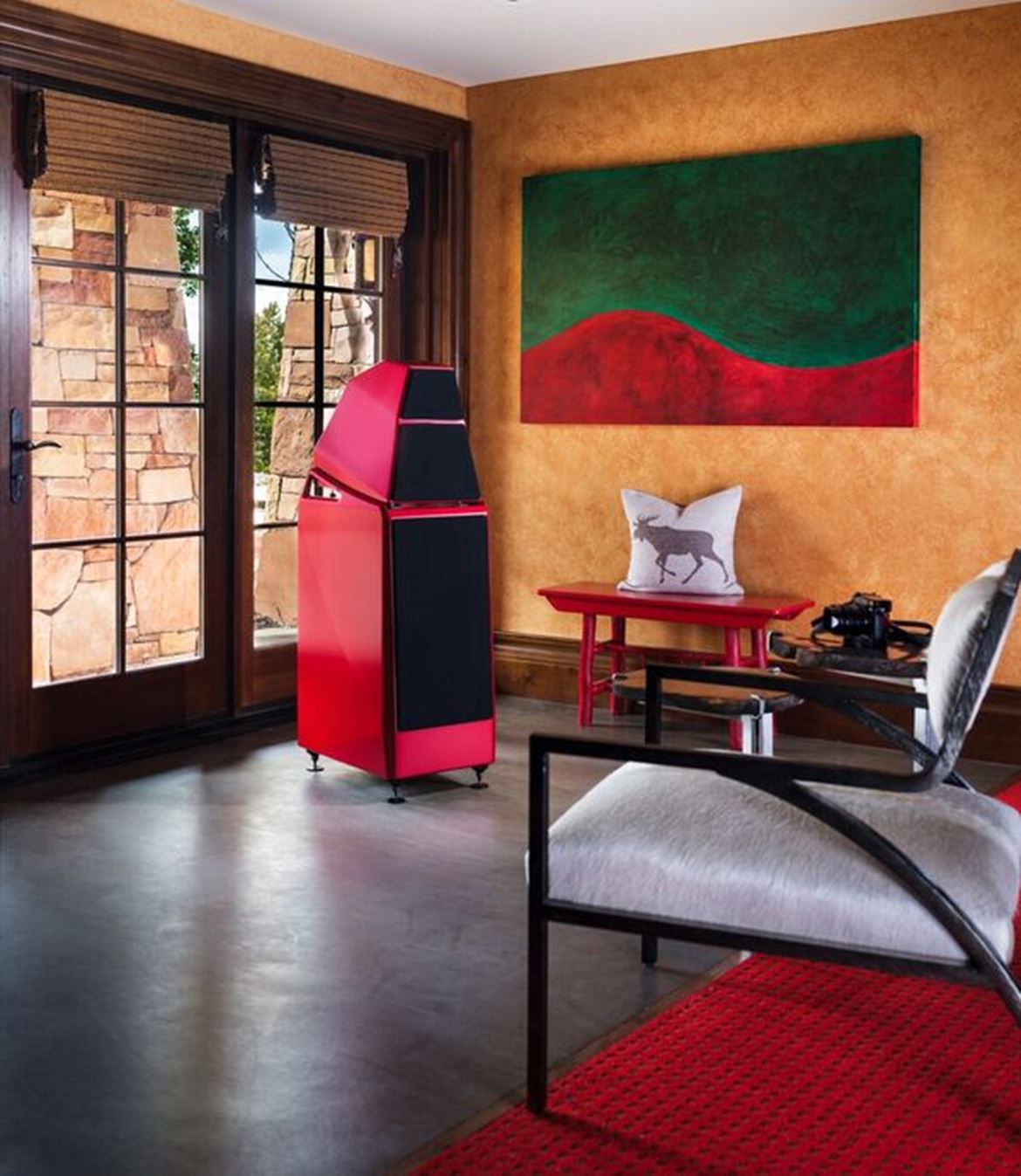 The original WATT began not as a response to a perceived market need. It was not the product of focus groups. Dave Wilson never intended it to be a commercial product at all.

Dave designed the WATT in 1985 as a tool for himself. He was a recording engineer who needed a loudspeaker he could take with him to on-location recording venues, a location monitor that spoke the same language as his revolutionary and revered WAMM reference monitor, a precision tool that aided him in his efforts to make recordings that sounded indistinguishable from the unamplified live event.

In other words, Dave was literally designing the loudspeaker he wanted to own. There was a certain freedom this approach afforded Dave. He was not governed by business-school notions of market need. He was not hamstrung by considerations of an acceptable price point or perceived value. Without these considerations, he was unrestricted to design and build a loudspeaker that specifically fit his desire for a portable location monitor that was completely without compromise, crass cynicism, or commercial concerns of any kind.

As a direct consequence of Dave’s pure intent and his idealistic approach, a masterpiece was born. The WATT was unlike any loudspeaker that came before it. Dave’s attention to the details of panel resonances formed the basis of an enclosure that was heroic beyond even what the most jaded audiophile considered sensible. Dave used materials in the construction of the cabinet that until that point had never been used in the application of loudspeakers. In his landmark book on loudspeaker technology and design, Martin Colloms referred to the WATT’s enclosure as a near perfect example of the most perfect exposition of cabinet construction.

The WATT’s time-domain accuracy, made evident by its sloped baffle, was a product of the original research Dave conducted for the WAMM, and was the beneficiary of his patented time-alignment measuring technique. The drivers were selected to perform well together, and to serve Dave’s demands in the areas of dynamic and harmonic expression, as well as the physical constraints presented by his other design choices.

The WATT entered the commercial market almost by accident. Dave had no interest in selling the WATT to the public. Dave's interest notwithstanding, he simply didn’t believe there was a market for an extremely diminutive — and extremely expensive — loudspeaker like the WATT. At the Consumer Electronics Show in January of 1986, Dave demonstrated his WAMM in the main room of the Wilson’s exhibit. In the adjoining room, Sheryl Lee Wilson employed a pair of WATTs to provide the sound for her display of Wilson Audiophile records, a small system to which attendees could listen to while waiting for Dave’s next WAMM demo. She was selling records, not displaying Wilson’s latest loudspeaker. Dealers and international distributors who listened to the WATT for the first time were collectively smitten. Various dealers expressed a strong interest in selling the speaker in their stores, several of these were ready with their checkbooks and purchase orders. Sheryl Lee explained the WATT wasn’t for sale; it was Dave’s location monitor.

With so many dealers pressuring the Wilsons to sell the WATT, Dave reluctantly relented and agreed to build and sell WATTs to a select group of high-end retailers. The WATT joined the WAMM, which, up until that point, was Wilson Audio Specialties’sole product. The WATT went on to enjoy surprising (at least to Dave) market success.

It was the introduction of the WATT’s companion woofer, which Dave and Sheryl Lee affectionately called the Puppy, that really took the audio world by storm.

The combination WATT/Puppy went on to become the best-selling, high-end loudspeaker priced at over $10,000 in the history of audio. All of which started with a loudspeaker Dave never intended to sell.

The Sasha is the lineal descendant of the WATT/Puppy. When approaching the design of the original Sasha, Dave eschewed the modular, two speaker approach of the WATT/Puppy, and instead treated the loudspeaker as a single integrated design. Without this limitation, imposed by the fact that the WATT itself existed as a standalone monitor with its own integral crossover, Dave was free to explore the new platform in ways not possible with the WATT/Puppy. The Sasha’s performance established a new elevated standard for what is possible for hyper-performance, compact monitors.

When it came time to upgrade the Sasha, then in its Series-2 iteration, Daryl Wilson was mindful of what his father had accomplished. In the wake of Dave Wilson’s recent passing, Daryl was all the more motivated to ensure the Sasha would honor his father’s achievements, and yet look to the future for an even greater level of performance than was possible when Dave designed the original Sasha.

Daryl decided a fresh look at the Sasha was in order. He approached the Sasha as if it were an all-new loudspeaker, taking the elements that very clearly worked in its design and, at the same time, applying the myriad technologies generated by Wilson’s design team since the advent of the Series 2 nearly five years ago. The result is the largest upgrade in the history of the WATT/Puppy and Sasha platforms.

Complete Redesign of the Woofer Module:

Led by Vern Credille, the team designed a new woofer for the Sasha. Based on the 8-inch driver found in the Alexia Series-2, the new woofer was redesigned for the specific needs of the Sasha. When Dave designed the original Puppy, speed and dynamic impact were priorities, as well as optimizing the bass extension. He found that two smaller drivers allowed him to optimize both. This strategy has been refined over the years. The latest Sasha represents the largest leap in bass performance since the platform’s inception and resets the bar in the areas of transient honesty and impact, linearity, and timbral resolution.

To further augment bass performance, Daryl and his team redesigned the Sasha’s bass enclosure from the ground up. Thicker X-material panels further reduce (the already vanishing low) panel resonances. Enclosure volume was increased by 13.3%, which allows for greater bottom-octave authority and reduced distortion. The blades on the top of the module, where its companion midrange/tweeter rests, have been strategically redesigned with openings, which reduces cavity pressure in the space between the upper and lower modules. Finally, a new, ultra-low-turbulence port reduces already low unwanted wind-born noise.

For the design of the upper module, Daryl Wilson worked closely with Jarom Lance, one of Wilson mechanical engineers. Thicker panels throughout the module reduce resonance. An all-new pattern is cut into the inside of the enclosure, which mitigate internal reflections. Enclosure volume was increased by 10.2% for increased dynamic range and efficiency.

The midrange and tweeters are the same units used in the WAMM Master Chronosonic, and an all-new crossover blends the entire recipe together. Vern and Daryl worked to improve the frequency linearity of the platform. Already the industry leader in the areas of ultra-low distortion and vanishing noise levels, the team found ways to reduce both.

Most importantly, the latest Sasha provides a remarkably direct conduit to the luminous beauty of music.

The material to which a driver is mounted provides the launch pad for cone excursions. Years of empirical listening trials and materials testing, most recently with Wilson’s Laser Vibrometer, have shown that dissimilar materials provide optimum baffles for different drivers. Wilson’s proprietary composite, X-Material, is the ideal material for woofers and tweeters. The research surrounding the original Sasha led to the development of S-Material, designed specifically to increase midrange accuracy and beauty.

Wilson Audio remains at the forefront in the world of enclosure composite development. Using the most sophisticated test equipment, not least of which is the human ear, Wilson’s team have raised the bar again with the Sasha DAW. The team’s attention to detail and nuanced approach to enclosure design contributes substantially to Sasha’s unique blend of resolution, dynamic contrast, timbral accuracy, and musical beauty.

Since the original WAMM, designed in the early 1980s, all of Wilson’s loudspeakers accurately correct the individual drivers in the time domain. Like its bigger siblings, Sasha DAW is a modular design, which allows the drivers to be specifically aligned for each installation. In the Sasha DAW, a beautiful and functional calibrated ladder facilitates extremely fine adjustment within the time domain. For each installation, the midrange/tweeter module is adjusted in relation to the woofer drivers below, such that the four drivers are precisely aligned for that particular environment.

In the DAW, Wilson has enhanced the user interface of the group-delay mechanism, which now features a knurled knob, enabling the adjustment to be facilitated without tools. Additionally, the woofer baffle is now angled back, which more correctly integrates the bass drivers with the upper module in the time domain.

The Resistor Plate Cover is now removable without the aid of tools. It provides easy access to the resistors, which act as an extremely high-quality protection system for the drivers. The resistors also enable the fine tuning of the driver blend in those rare installations that benefit from this adjustment. A tempered-glass cover is elegantly integrated into the plate.